I am all out of sorts! I keep getting the days wrong.  Even yesterday as I was telling Scott how I couldn’t remember what day it was, I had to stop and ask him what day it was.

So here I am still trying to get my ducks in a row because I keep thinking it’s Thursday.

It is not Thursday. Not at all.

Miss Penny is doing much better and we get to take her bandage off on Friday. She’ll still have to wear some protective bootie when going outside but hopefully with the bandage off her nail can heal quickly.

I made it to the gym today and UMPH, it was a rough one.  Once home I snacked on a banana and a slice of turkey bacon before hitting the shower.  No picture though.  I’m trying to incorporate a post-workout “meal” into my routine. Most sources say to eat protein + carbs 15-30 minutes after working out.  I don’t do this, I usually wait until after I’m done showering before eating.

So I’m trying to do something small to see if it helps with recovery. 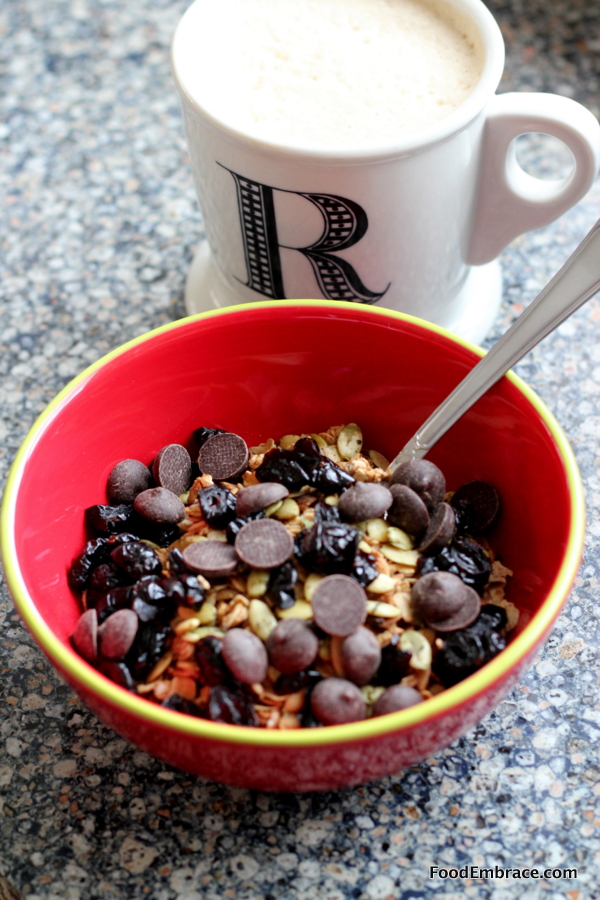 After my shower I made a yogurt bowl + some frothy coffee.

The coffee had Califia Farms Unsweetened Vanilla Almond Milk plus some coconut oil in it. 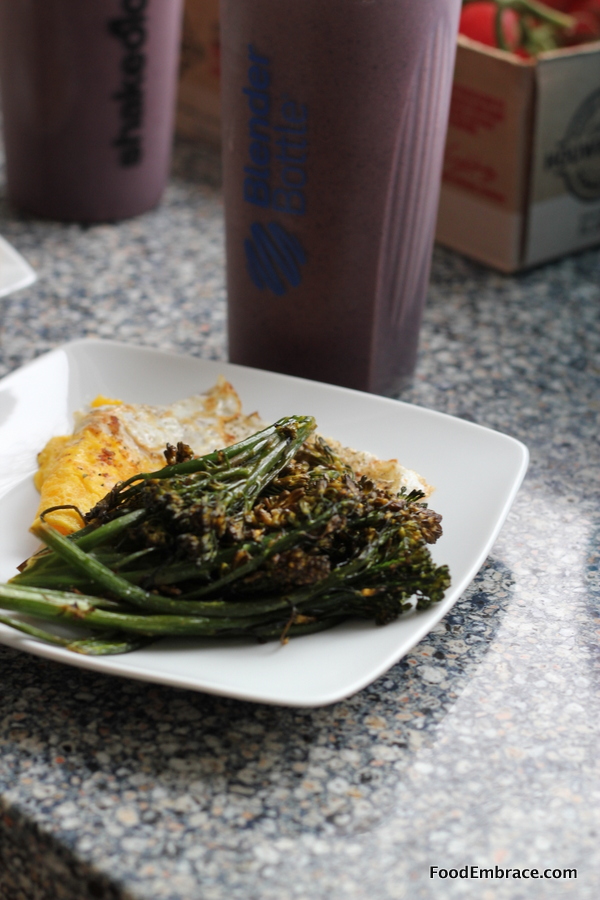 Reheated broccolini and a fried egg along with a smoothie.  I have been missing smoothies so I need to get back on that train.

The mixed greens are a bag of power greens that I picked up at Costco.  It has baby kale, baby chard, and baby spinach in it. These make smoothies taste green and intense. If you don’t really like “green” tasting smoothies, sticking with just baby spinach is probably the best.

After lunch I did some dinner prep and used my Instant Pot for the first time! I cooked up some frozen chicken breasts in a little bit of stock.  It takes about 20 minutes for the full cycle to run and then I had perfectly cooked chicken that shredded easily.

For dinner I used the shredded chicken, some broccoli, spaghetti squash and mixed that with some coconut milk (dairy aisle) and buffalo sauce.  Placed it in a casserole dish and heated that for about 1/2 an hour. 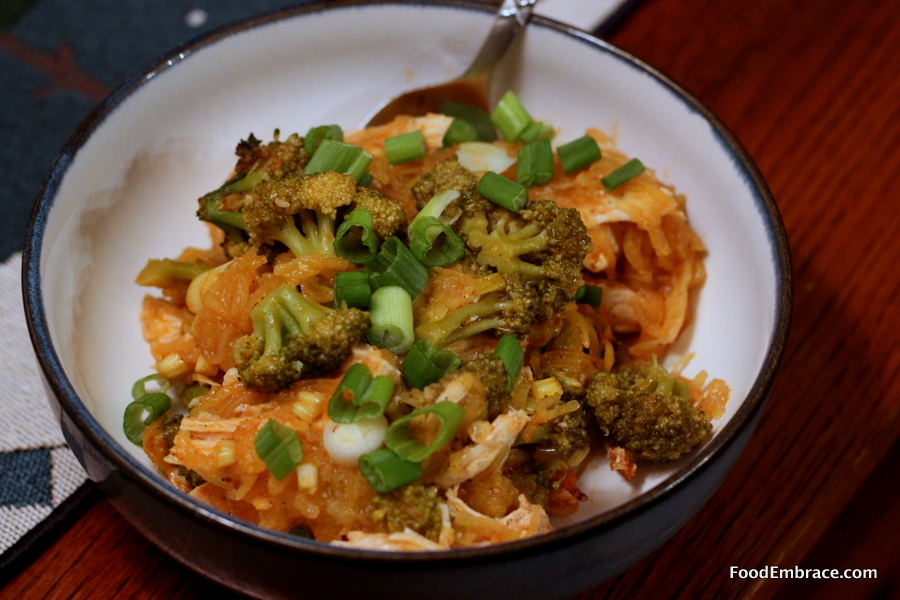 It doesn’t look like much but it was tasty! A little too spicy for me so I tapped out quickly. Scott will be able to have the leftovers for dinner tomorrow.

Such a super chilly night that it’s time for me to get snug for a bit with a big blanket and maybe some bourbon. Tis the season!

Disclaimer: Some links are affiliate links. This doesn’t affect the cost to you but helps to support site maintenance.