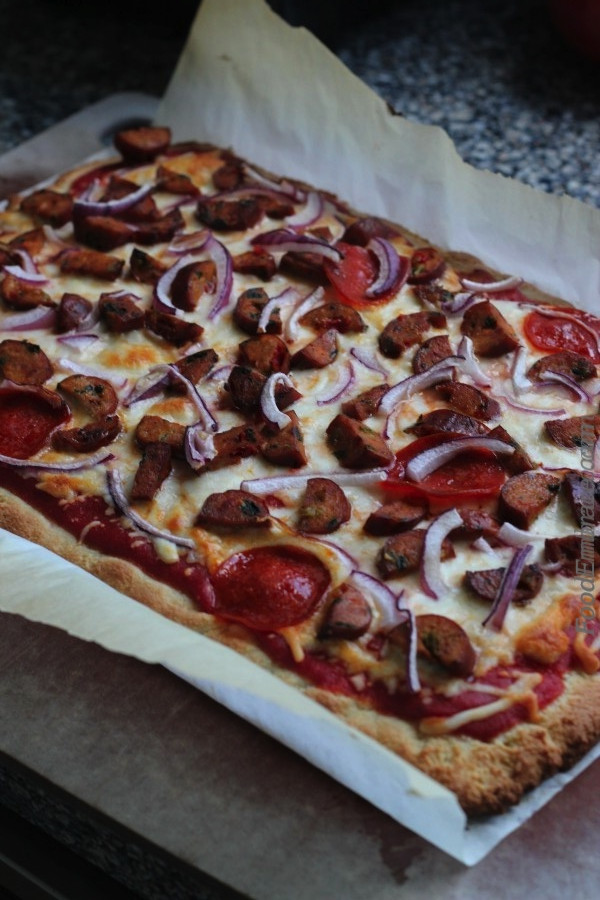 I have yeast!  Crazy thing to probably exclaim from the rooftops but it makes me so damn happy.

Yeast based pizza crusts are much more enjoyable to me over yeast-free crusts.  The yeast gives much needed airiness to the heavy almond flour base.  The dough becomes light and crunchy instead of being dense and crunchy. Using a lot of almond flour can make doughs so heavy but by adding yeast, it makes them less like a rock in your stomach.

I’m still experimenting with dough ratios and finding the one combo that works the best taste-wise and also results in a dough that is more manageable.  This week’s dough was:

Add the water to a stand mixer bowl, add the yeast, sugar, and combine.  Allow to sit for at least 5 minutes so the yeast can bloom.  Then add in the eggs and 1 cup of the almond flour.  Mix on low and slowly add in the remaining flours.  Mix until well combined.

This is a wet dough, do not expect it to look like a gluten pizza dough.  Cover the mixing bowl with plastic wrap leaving a small open space for gases to vent.  Let rise for at least an hour (can go longer).

Preheat oven to 450 degrees and line a baking sheet with parchment paper.  Grease the parchment paper with olive oil and dump the pizza dough on top.  With your hands and a spatula move the dough around until it fills the whole baking sheet.

This takes time! The dough is sticky and tricky to move around. It will work, you just have to be patient.  Once the dough is spread out and even, put the dough in the oven to pre-cook.  About 5-7 minutes.  Remove add, sauce, and your toppings and cook for about another 20 minutes until the cheesy is all bubbly.

Our toppings this week were red onion, roasted red pepper and spinach chicken sausage, and a few random pieces of pepperoni.

The chicken sausage is new that I picked up at Costco.  Minimal ingredients and contains no gluten.  You can actually see the large pieces of spinach and pepper in the sausage! That’s pretty impressive for a sausage.

This dough wasn’t bad and up there as one of the better ones.  Very crispy with a nice light center.  I’m hoping to get some more cassava flour so I can experiment a little more with that.  I don’t like only relying on almond and tapioca flours for all the things.

Looking for standard pizza dough?  I’ve got one right here. (You can use all-purpose, white whole wheat, or spelt. It’s a really forgiving and versatile recipe). 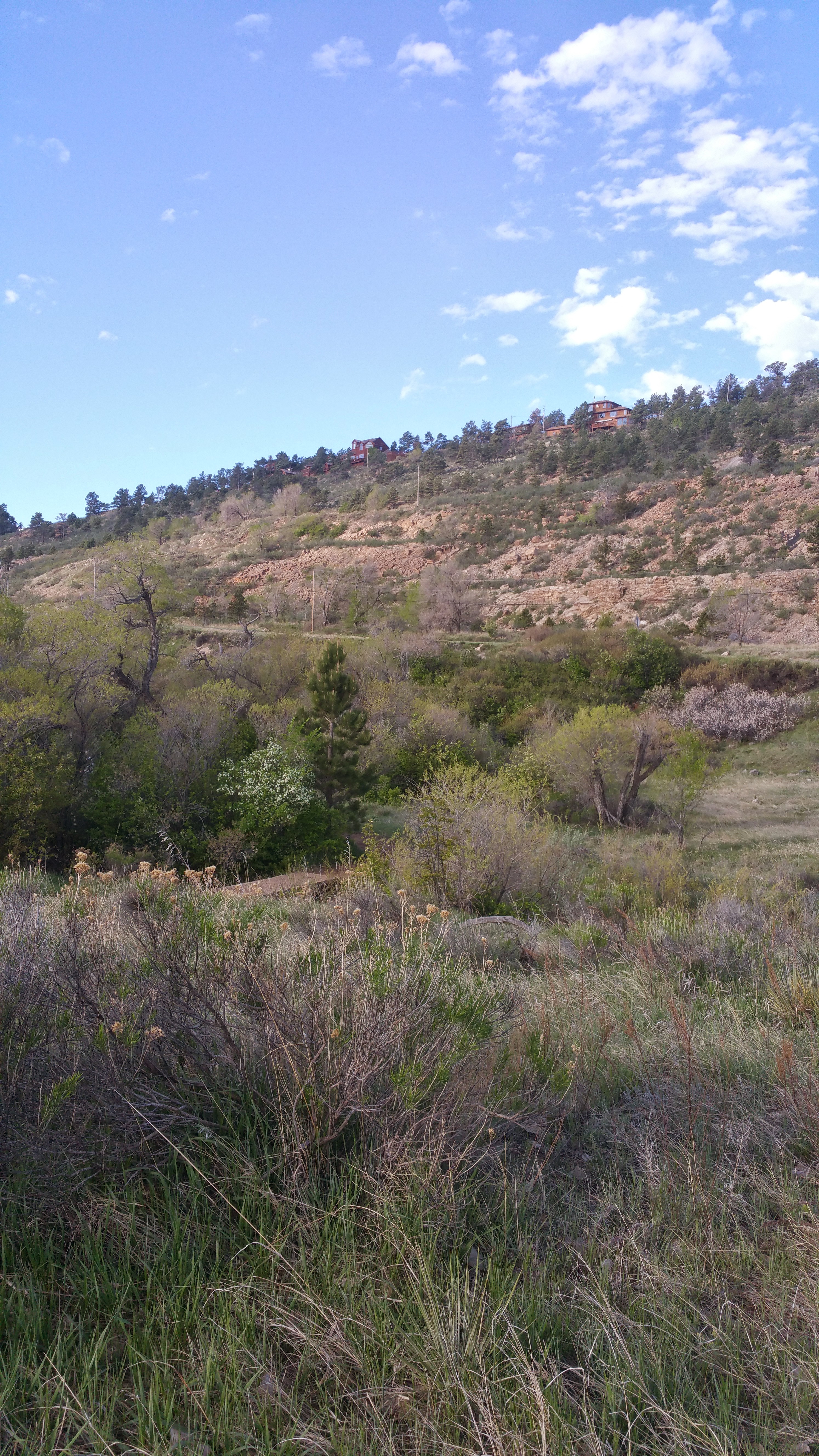 This week was a good one!  Well except for skipping a workout on Monday.  Shame on me!

Monday 4/27: No workout!  I got wrapped up with some work projects and time got away from me.  I worked right until I had to make dinner and then it was off to bed.

Tuesday 4/28: Run!  We had some rain over the weekend and on Monday so I should have realized that some of the trails would be closed but I didn’t check before I headed out.  I spent a too much time driving around town looking for an open spot.  Finally found one and got 2 miles done.  This was one of my better runs!  I also went out at like 10 am and found that I really enjoy that time for a run.  I’ve had breakfast but I’m not hungry for lunch just yet.  It seems like a good balance.

Wednesday 4/29: 2 mile run!  Same route that I took on Tuesday because I ended up really enjoying that run.  A much later run, around 1pm.  I was hungry and a little cranky so this run didn’t feel as solid as Tuesday’s.

Thursday 4/30: 2 mile run bright and early with my girl Jenny!  She just completed her first Whole 30 and she did an awesome job!  We’re both at about the same pace and same distance right now so it was great to have a buddy.  This wasn’t one of my better runs though.  I had to stop and walk twice for a few seconds.  I was so fatigued!  I hadn’t been sleeping well this week and that finally caught up to me.  I was spent and my legs were so tired.  I crashed hard after breakfast and ended up taking a nap.  It was much needed!

I am playing the rest of the week by ear.  There will be something done but not quite sure what just yet.

How was your exercise this week?