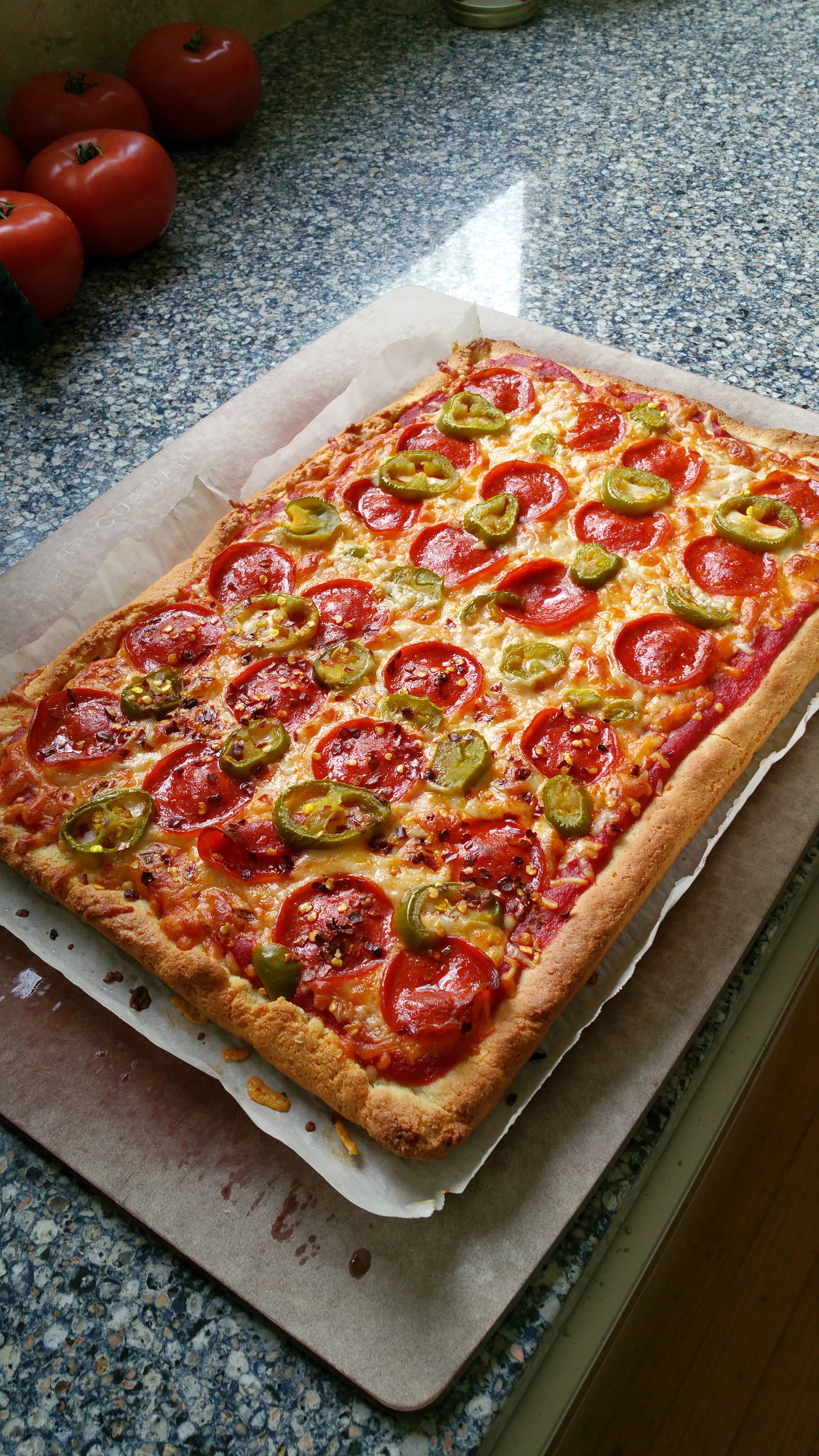 The pizza this week was super simple, pepperoni and some pickled jalapeños on top!  The crust was the same base as last week.  I still don’t have any cassava flour so it was all almond flour and tapioca flour.

For some reason, yeast is not an easy thing to purchase here.  All the stores carry only the small little packets of yeast that are on the pricey side.  I recently ordered some Bob’s Red Mill yeast off of Amazon and I love it!  So far it’s been the best yeast that I’ve used and it comes in 8oz bags which is bigger than the jars of yeast that are available.  If you’re looking for yeast, check out Bob’s Red Mill (not an ad, I really like this yeast).

Scott and I have come to a conclusion about Pizza Thursdays though.  We’ve decided that we’d rather have pizza on occasion instead of having it each week.  For me personally, I have found that I really would rather have a big plate of protein and veggies over the pizza.  The pizza is delicious, don’t get me wrong!  But it’s not as satisfying as having veggies and fish, for example.

So pizza is only going to be on occasion and not a weekly thing.  I know, just as we were getting started again with Pizza Thursday, we’re nixing it.  It won’t be gone forever!

Fitness has been going strong this week but running hasn’t been at the top.  We’ve been getting hammered with a ton of rain lately and getting out to run hasn’t happened all that much.  I know we need the rain but I have been bummed that running has been mostly sidelined.

Monday and Tuesday I did Max 30 workouts.

Wednesday was a day off.

Thursday, Run!!  There was a break in the rain in the morning so I was able to get out for a run.  It was glorious!

Friday, either another Max 30 workout or a 21 Day Fix workout.

I did get a chance to run last Sunday as well and that’s been all for this week.  It’s supposed to rain the rest of the weekend and possibly snow on Sunday.  Yikes!

How was your fitness this week?