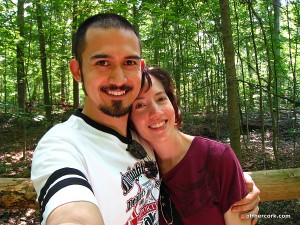 Hi gang!  Just giving you a heads up that posting might be a bit slower this week because Scott and I are on vacation!

We’re still here at home but will be doing stuff and therefore I might not have the time or energy to post.  I have to play it by ear!

Let me explain.  Scott and I consider July 4th the time when we “officially” started dating.  When we decided to get married (we eloped, remember?) we were going to get married on the 4th but surprisingly even for a simple elopement the cost of getting married on a holiday was very expensive.  Getting married on the 5th was much less expensive!  I realize that might make us sound like cheapies but when it’s just the two of you, spending a crazy amount of money on a less than 10 minute ceremony seems a bit silly.  We obviously opted for the 5th and now we have a two day anniversary!  Booyah!

Scott and I make a huge deal out of our anniversary in the sense that we make sure that we take the time off and that we have no super major plans other than doing whatever whenever.  Bliss!

Since we have a pretty crazy regular life schedule, a week of nothing is pretty amazing.  We have some vague plans of visiting some local things, maybe some hiking, and getting the house in shape.  There’s also plans of consuming large quantities of wine on the deck and enjoying lovely feasts made at home with at least one meal out for celebratory purposes.  Nothing set in stone because the purpose of vacation is relaxing!

At this point Scott and I have been married for 5 years and we have been together for a total of about 12 years. 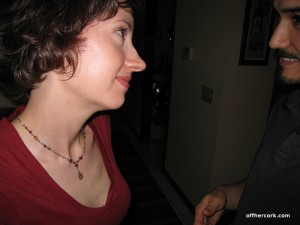 Now I’m off to step away from the computer and get busy with vacation!  First up is actually some prep for tonight’s anniversary dinner!  Then I’m going to do yard work which isn’t relaxing I know but I really want to spend some time outside.  After that I’m not doing bupkis other than sitting on the deck with a wine glass and my man.