Hi guys!  I woke up this morning just shy of 7am.  I wanted to lay in bed but Rocky was huffing and puffing to get up.  I tried ignoring him and then I heard the thunder.  That got me up!  I wanted to get him out before the rain started.  We just made it too!  Not even a minute back inside and it started pouring.  I worked on my recap of dinn and then finally got some coffee. 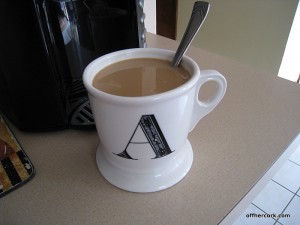 YUM!  I read blogs for a bit and then Scott got up which was the signal to make some breakfast.  I tried to make blueberry oats twice today with 0 success.  I was so bummed out because I definitely wanted my oats this morning!  First attempt I was chatting with Scott and the soymilk came to a rapid boil.  I didn’t think anything of it and tossed in the oats.  I was still out of bananas at this point so no b-love in the oats this morning.  Well I don’t know if the boiling stage was too high but my soymilk went from creamy to watery grossness. 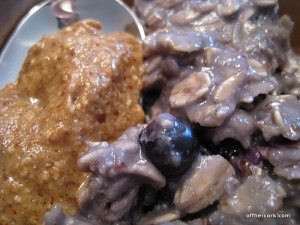 Started new batch and watched the soymilk closely like it was about to steal something and then added my oats.  Still had some thickening issues but nothing like the first batch.  I added in a very small scoop more oats and it just went downhill from there.  I don’t know what happened to this batch but it got too thick! It was like eating cement that’s close to being fully dry.  It was heavy, dense, and so gross!  I couldn’t even finish my bowl.  I only had a few bites and I was gagging.  BLAH! 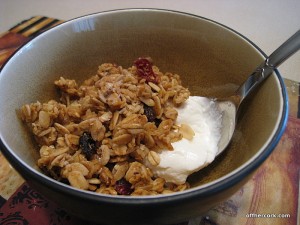 I moved to a small bowl of yogurt and granola and pouted the entire time I was eating it.

Off to MT where I got completely wrecked! You know how sometimes after a great workout you are just pooped but your whole body is just wiped out? And all you want to do is lay on the couch or get in bed because you are spent.  That’s how I am! We worked on clinching today and did a really hard and tiring clinching drill.  Clinching is basically having your arms wrapped around your opponents neck and pulling them down or holding them so you can do knee strikes.  That’s the basic explanation!  To read more about MT check out wikipedia.

My neck and upper shoulders are totally spent and I’m done. All I want to do is lay down on my couch!  Whew!

After class we ran to Meijer for some quick things and then it was back home for lunch!  Super simple today. 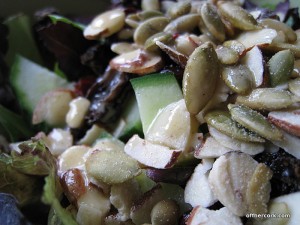 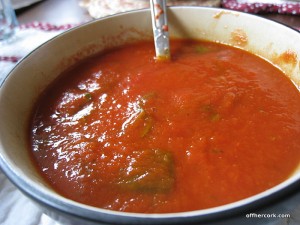 Tomato soup!  With some spinach added by me. I was freezing cold today.  It was cool outside especially with the rain and the grocery store was an icebox.  As much as I wanted a smoothie there was no way I would have been able to handle one.  Even my lips were blue!  I looked like death walking. 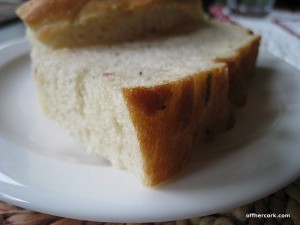 And a small carb treat, a slice of last night’s bread. 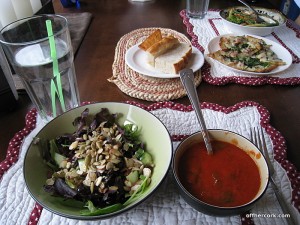 Perfect! After lunch I took a very hot shower and now I’m finally feeling back to normal.  I’m still going to go crash out on the couch though!