Hi guys! I’ve gotten all of my contacts added into my phone and I love that I can add a url to go with the contact as well.  Awesome!  And I was playing around with my iPhone for a bit when I had to go get  a snack because I was very hungry. 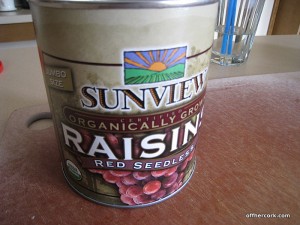 I started off with raisins. 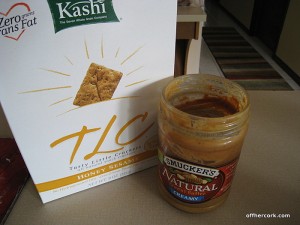 And when I realized we would be leaving the house, brought out some Kashi crackers and PB.  I probably had 5 crackers + PB.  Both of us wanted some temporary cases for the new phones and decided to hit up Best Buy to see what they had going on.  I found a really nice silicone case with extra gripies on the side.  It makes the phone a lot easier for me to handle and hold.  I like it so much I might just keep it!  We’ll see.

Since we were already out, we decided to hit up a new restaurant that is only a few minutes from our house. 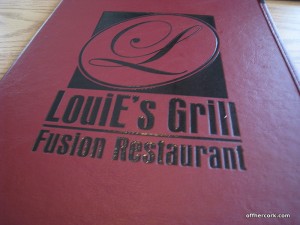 Louie’s is supposed to be a Mexican fusion type of deal.  The inside of the place is really nice and for a Friday evening it was pretty hopping. 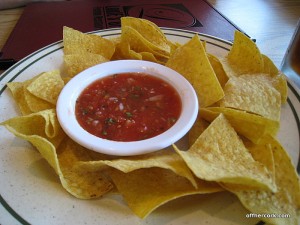 We started off with some chips and salsa.  The salsa tasted amazingly fresh which is such a nice experience because sometimes salsa can taste like it’s been sitting around for a while.  I do think that they should automatically bring you out chips and salsa when you sit down instead of it being something you have to purchase.

Me: Um, that’s over two beers worth of beer.

Scott: Oh. Why didn’t you stop me or reign me in?

Me: Because I’m not that kind of wife. The kind that goes, “Oh I’m sorry. My husband actually means he’ll have the 16oz, not the 32oz.”  How should I know, maybe you really do want 32oz of beer. That’s why I’m asking you now.

Me: Well drink up cause here it comes. 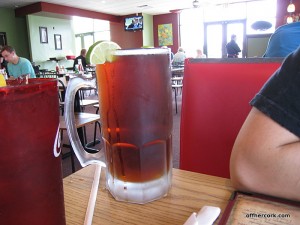 And this mambajamba size beer was at least as tall as my husband’s forearm.  I’m guessing here because he wouldn’t let me do a photo comparison.  It was huge!  It was also the first time I saw a Dos Equis come with lime.  I added the lime and had a taste which was really good.  I also had to lift the mug with both hands because it was crazy heavy.

For starters I ordered the house salad. 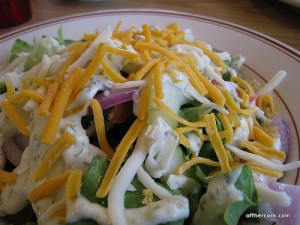 I was given a whole bunch of dressing options and decided to go with the lime cilantro dressing.  I assumed this was going to be a vinaigrette because it was lumped in with other vinaigrettes.  I was wrong though and this was a mayo based dressing.  I didn’t really care for it but the salad was simple and perfect for a side or starter salad.  Next time though, I’ll be sure to stick with a vinaigrette and ask for it on the side. 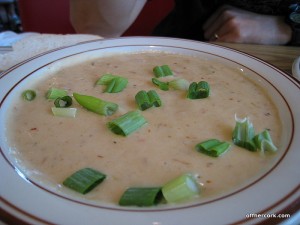 Scott got one of the soups of the day which was a Chipotle Crab chowder.  This is also a  “cup” of soup. which in reality is a bowl of soup.  A bowl of soup there would have been the size of our dinner plates.  Wow!  Holy crap this soup was amazing.  Heavy and creamy just like a chowder should be but so flavorful.  I snagged a few spoonfuls because it was delish.

Scott’s main meal with the chicken burrito which again was like the size of his forearm. 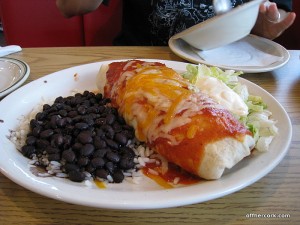 Huge!  With rice and beans on the side.  I love that you get black beans instead of pinto or kidney.  I had a small bite of his chicken and it was okay.  There was something in the sauce that sort of seemed a little odd to me. 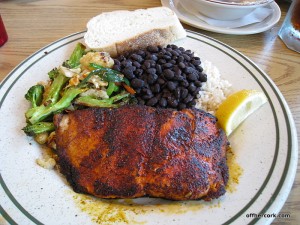 My main dinner I got a blackened salmon special.  It came with grilled veggies, beans and rice.  This was also a gigantic portion!  My mistake was forgetting to ask for no butter and the fish was swimming in it.  While tender and tasty, I could only eat about 1/3 of it because of all the butter.  It was sitting a bit heavy in my stomach.  The veggies and beans were great!  Standard white rice with the beans.  Brown rice would be a lovely option!

Both of us left stuffed.  We had a really great time and I love the atmosphere at Louie’s.  They also offer a lot of veggie options which is fantastic to see.  And up front they tell you that anything can be altered or modified to your taste.  That alone would make me want to go back.  When restaurants cater to their customers it comes across that they actually care about the food and the service which makes the experience so much better.  Scott and I both agreed that we would go back.  Louie’s also serves up breakfast which I also happen to love at restaurants.  What a nice little find, I hope they stick around.

Once we got back home, I changed into jammies and settled down on the couch with my laptop and iPhone to browse some apps.  The only downside to the iPhone is that everything runs through iTunes and lordy but I hate iTunes.  Case in point, iTunes gives you an option to make a song into a ringtone.

Um, no. You can only make a ringtone out of a song you bought from iTunes AND they will charge you 99cents for it.

I don’t think so iTunes.  I’ll use Garageband and make my own damn ringtones.

After playing for ages with the phone, I put it up and read on the couch for a bit while Scott kept playing with his.  Then at 10:30, I called it a day and crashed hard.