Warning: Parameter 2 to WPE\Site_Preview::the_posts() expected to be a reference, value given in /home/customer/www/foodembrace.com/public_html/wp-includes/class-wp-hook.php on line 303
 November 2nd, 2008: Morning | Food Embrace

Hi guys! How many of you forgot to turn your clocks back last night? :p Scott reminded me before I headed up to bed. After dinner while we were watching the Pens game, I had a small glass of the red wine from Friday night and 2 squares of the peppermint bark. No pic cause you know what the wine looks like and I was just too lazy to take a pic of the bark.

I was up at 7am this morning and it was so nice to see daylight! I got my running clothes on, got Rocky fed and then I was out the door. We’ve been having really warm weather this week and by warm, I mean it’s been in the 60s. I was able to out in regular pants and shirt today. 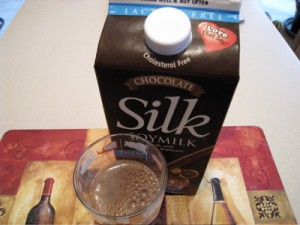 (I have no idea why this is acting like a link. I’ll have Scott look at it when it gets up.) Man was I slow today. I only did 1.7 miles instead of 2.0 because my legs just didn’t want to move. I have no idea why but I just wasn’t going. I almost pushed through but when I checked my HRM and saw the time, I realized that I wasn’t even close to being where I normally am at that time. At that point I realized I should cut the run short since my body was not cooperating. I still ran which is the important thing and what I’m focusing on instead of focusing on not making the full 2.0 miles.

Came home and had a quick glass of CS then I was back out the door with Rocky for his walk. 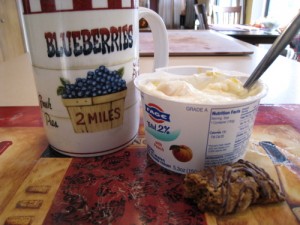 After we came home from our walk, I totally bailed on Wii Yoga. I just wanted to sit down with some breakfast. I had a peach 2% fage with the rest of the spooky smores Z bar and coffee with pumpkin spice creamer. Yum!! Everything was so good. I love the peach fage, so creamy with the perfect amount of sweetness. I finally remembered what this Z bar flavor reminds me of, smores poptarts! It tastes just like one, only way a ton healthier.

I probably will do some Wii Yoga later to stretch out. We have some stuff to do around the house today and I know I’m going to need to stretch after that!