Warning: Parameter 2 to WPE\Site_Preview::the_posts() expected to be a reference, value given in /home/customer/www/foodembrace.com/public_html/wp-includes/class-wp-hook.php on line 303
 September 14th, 2008: Dinner | Food Embrace

Unfortunately breakfast left me still feeling empty which resulted in picking at stuff the rest of the afternoon. Scott and I decided that the only thing we were going to do was game with a goal of kicking the current game we are on. I also was doing laundry. My first round of picking started with these. 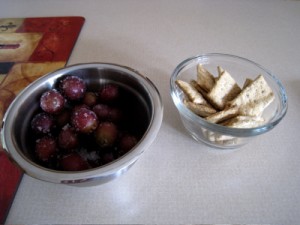 Some frozen grapes and some Kashi crackers. This held me over but didn’t fill me up or leave me satisfied. *grumble* Lesson learned, make sure to eat a heartier breakfast on Sundays! All afternoon the wind kept increasing in intensity. The trees in the backyard were doing backbends and we were wondering about the tile on the roof. During a discussion of game tactics and just when we were about to start a new section the power cut out. Gone. Poof!

Me: Okay, nothing else is on in the house. Did we blow a fuse?

Me: Wow. So our power is totally out. Let’s see if everyone else is out too.

Scott went out to secure the trashcans so they didn’t blow away and talked with a neighbor. He had no power either. In fact, he said power was out everywhere. No one seemed to have power and even traffic lights were out.

Although surprised we had no power I figured it wouldn’t be long before it was back on. We are a pretty large suburb next to a decent sized city, we should have power soon. If it’s out for a couple hours, no biggie.

Thankfully I had just put a load in the dryer and had nothing in the washer. Took the things out of the dryer and hung them up. As the afternoon wore on things were getting worse. Neighbors all around us kept losing trees. Either the whole tree came down or it split in two. I was hoping that we wouldn’t lose any trees, we don’t have many.

Decided it was time for me to eat again. 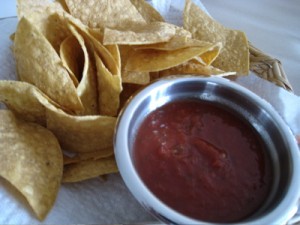 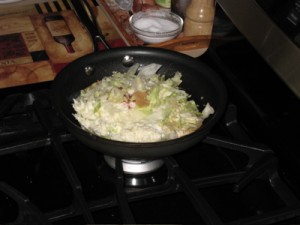 Since my range is gas it still worked. I just had to light it myself. I tried heating up the tostadas as best I could. We each had one. I was able to heat it enough that the tortilla was warm and a bit crispy. 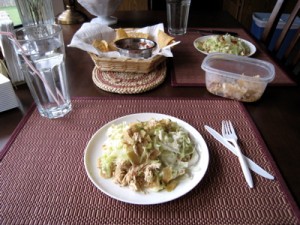 I ate all of my tostada but did pick off some of the cheese as it had a bit too much. In the tupperware are leftovers from the night before. I had two bites of rice and that was it. I didn’t eat any of the remaining enchilada that was there. Confident that power would be back soon I didn’t think much of the current situation. I read a little but mostly watched what was going on outside. We had to open the windows and doors because it was very hot and humid. Apparently Ike was bringing a cold front with it and that was causing some of the wind. We had hurricane force wind, 70+ mph gusts with sustained wind of 40-50mph I believe. It was not pretty. A few of our tiles did come off the roof.

When it was starting to get dark and we still didn’t how power, that’s when I started to get concerned. I called my PT trainer and cancelled Monday’s session. Then I grabbed candles and started trying to get some light in the house. Scott pulled out our oil lamps but soon realized there were no wicks for them. Gah! We made do with candles and flashlights. 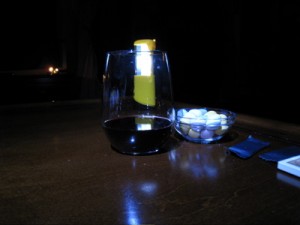 We had some red wine and I was seriously craving some chocolate, which surprised me. I haven’t actively craved chocolate for a long time. I had some mini-eggs with my wine. You know those Cadbury mini-eggs, that are chocolate with a thin candy shell that come out for Easter? Yeah, I still have some.

And the bonus? No HFCS in the ingredients, unless it’s under a code name, I didn’t see any. I think I had two glasses of red.

Soon I was passing out tired. I was a bit stressed at having no power. I started worrying about our food situation and how we were going to handle that. By 10pm the wind died down a lot and was hardly noticeable. But then the rain came.