I did end up having a splash of red last night along with a snack of manchego and honeycrisp apple because I was still feeling a tad hungry. 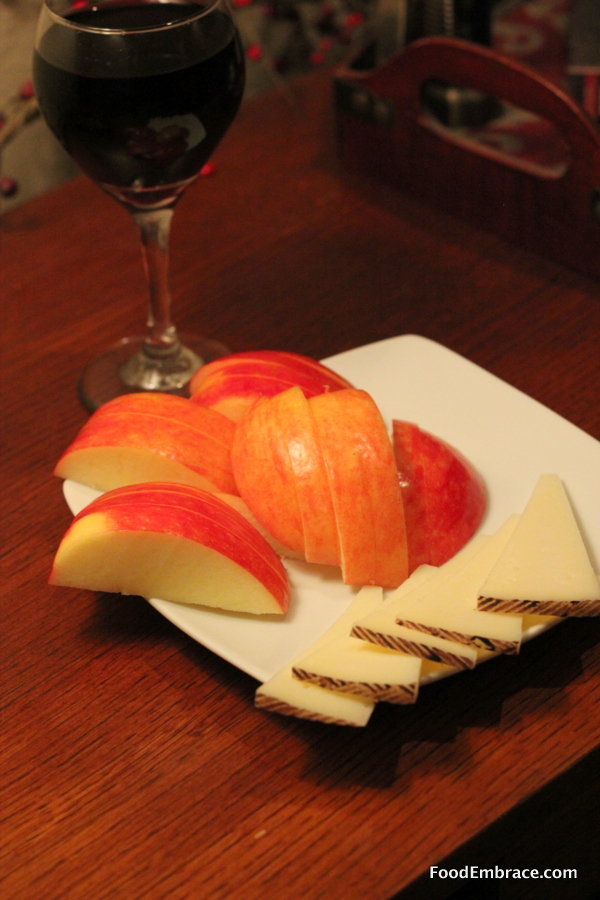 I did not eat this entire serving. I had about half the apple (it was gigantic) and two slices of cheese while watching Martha and Snoop.  Oh y’all, it did not disappoint this week!  Martha got a blinged out cheese grater necklace from Rick Ross and it was amazing. And as you can see from this gif, he was all into Martha.

I went to bed and read for a bit.  Almost finished with Food Freedom Forever and will be reading The Whole 30 book next.  I’m planning on doing a Whole 30 in January so I’m getting a refresher on the info.

Waking up this morning was rough. I am so tired and sore from workouts so far this week.  Ugh. Definitely having old lady moments.  I decided to take it easy and have a morning to myself then decide how I am going to manage the day.

I was starving when I got up so I made some eggs and heated up squash. 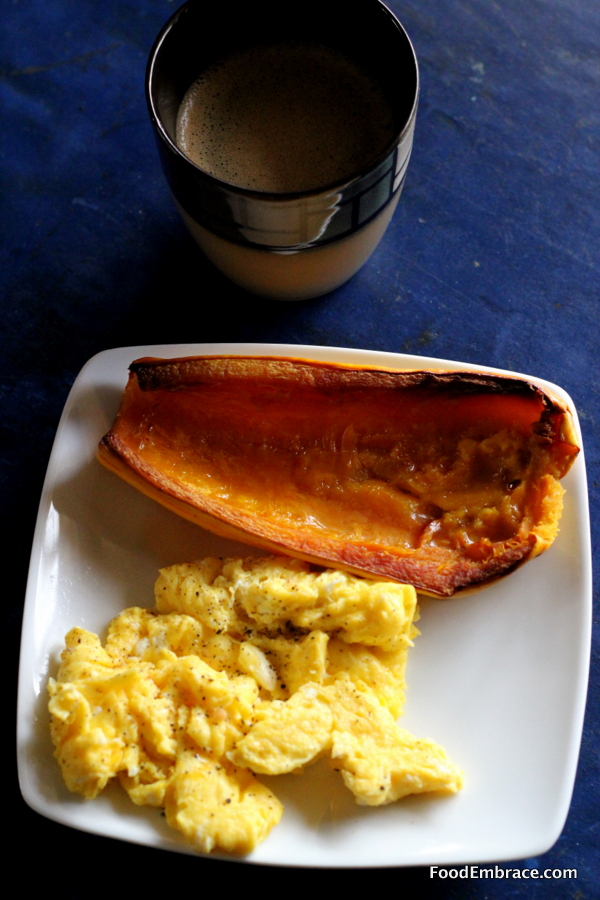 Two scrambled eggs with a roasted delicata squash that was topped with butter and a little maple syrup.  All butter we use is Kerrygold and the syrup is organic Costco brand. 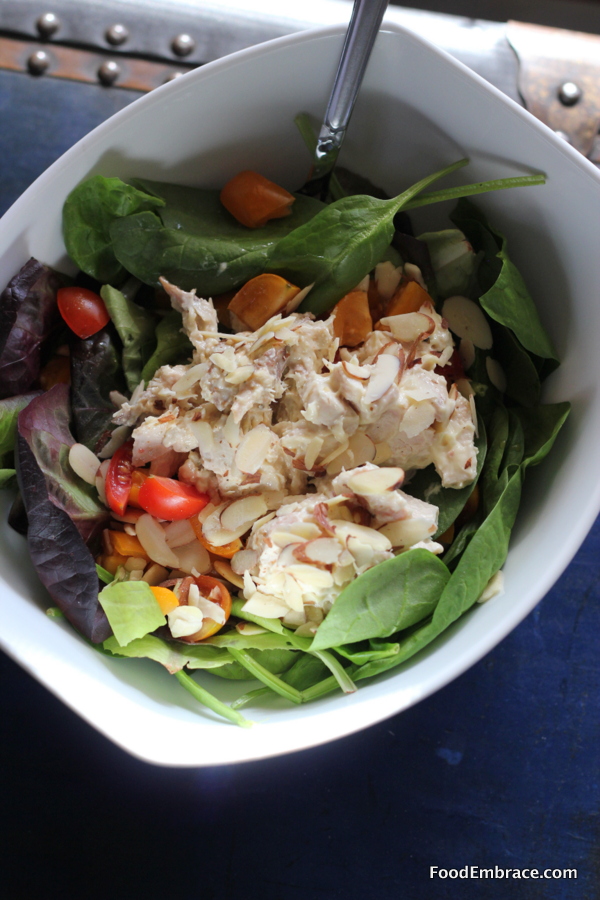 I did some work, prepped dinner in the slow cooker, and then it was time for lunch.  Moar chicken salad!  I seriously cannot get enough of chicken salad and I’m so happy that mayo is back to being cool again.  I’ve always loved mayo but it got a bad wrap for many years, however, thanks to Paleo and Primal movement, mayo is back in fashion! Hooray!

Chicken salad with tomatoes on some baby greens.

I got snacky midafternoon and decided to have a little something.  I tried those TJ’s Turkey and Stuffing chips and they were eh.  They just tasted like chips to me and not like savory seasoned chips.  I had three and decided that the chips weren’t worth it. 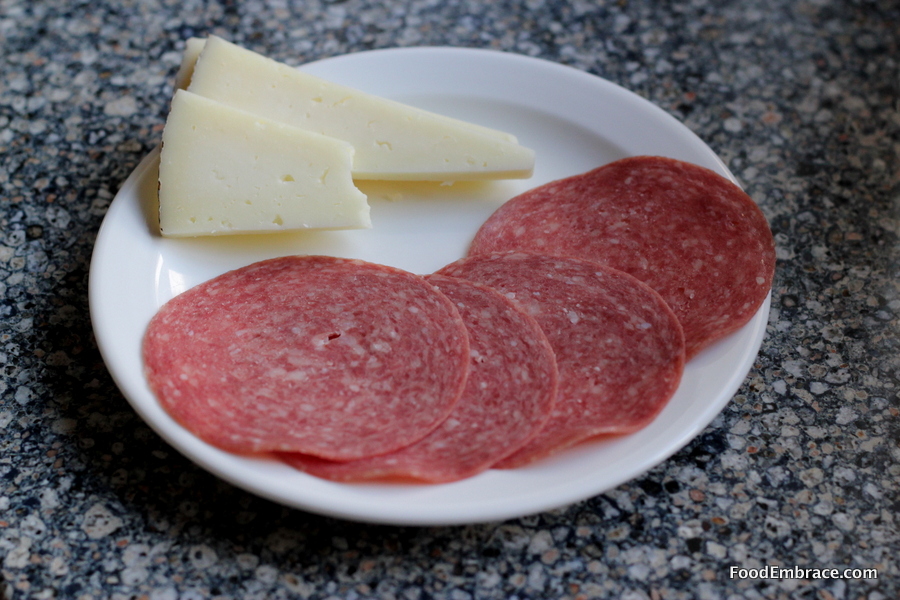 Instead my snack was some hard salami and manchego.  I try not to snack between meals but sometimes it’s needed. I try to listen to my body as much as possible and not just mindlessly eat.

I listened to my body today by not going to the gym.  I have such guilt about not going but my body was tired and so sore.  Instead I took an epsom salt bath and decided to rest up instead. 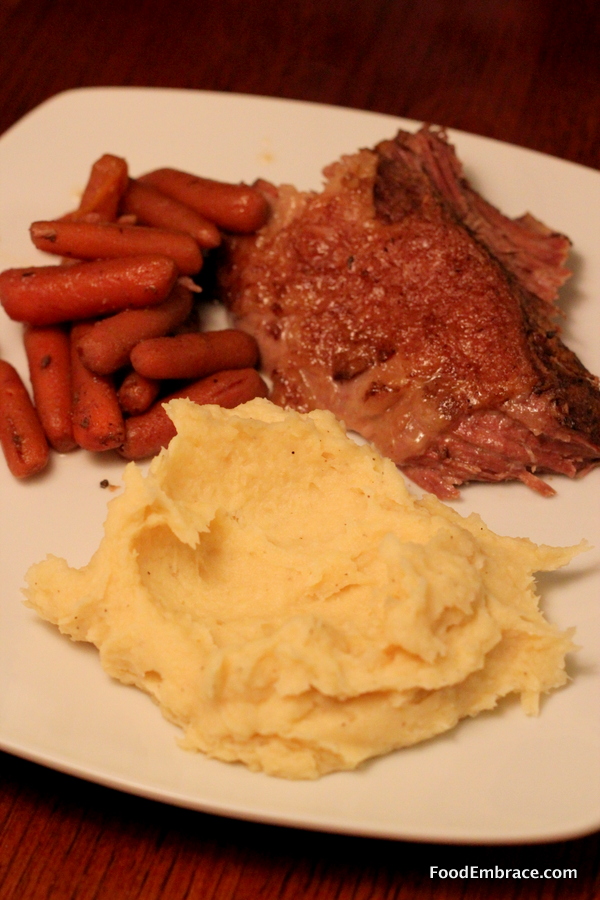 Dinner was slow cooker beef roast and carrots with mashed parsnips on the side.  I placed the roast in the slow cooker with a splash of red wine, Worcestershire sauce, and a little beef broth.  Seasoned with Flavor God Everything Seasoning and let that cook on low for hours. Yes I use Flavor God seasonings a great deal because they are awesome. Everything is one of my favorites blends as it pairs well with meats especially beef.

I made a quick gravy out of the liquid in the slow cooker. I make my gravy using arrowroot powder and it turns out perfectly each time.

There’s a hockey game tonight! So I’m going to kick it on the couch for a bit watching the Pens play and then it’s an early bedtime for me so I can kick butt tomorrow.

Heads up that I won’t be doing daily eats posts on Thursdays or Sundays.  Those are my long work days and the last thing I want to do when I get back home is get on the computer.  I’ll post my meals on Instagram though!