Happy weekend!  I have to work the whole weekend (boo) but hopefully you’ll be doing some fun stuff and I can live vicariously through you!  I found some goodies this week while I was out grocery shopping, maybe you’ve seen these at your local TJ’s?

PS: This is not a sponsored post or in anyway associated with Trader Joe’s. I thought it would be fun to talk about some items I came across recently. 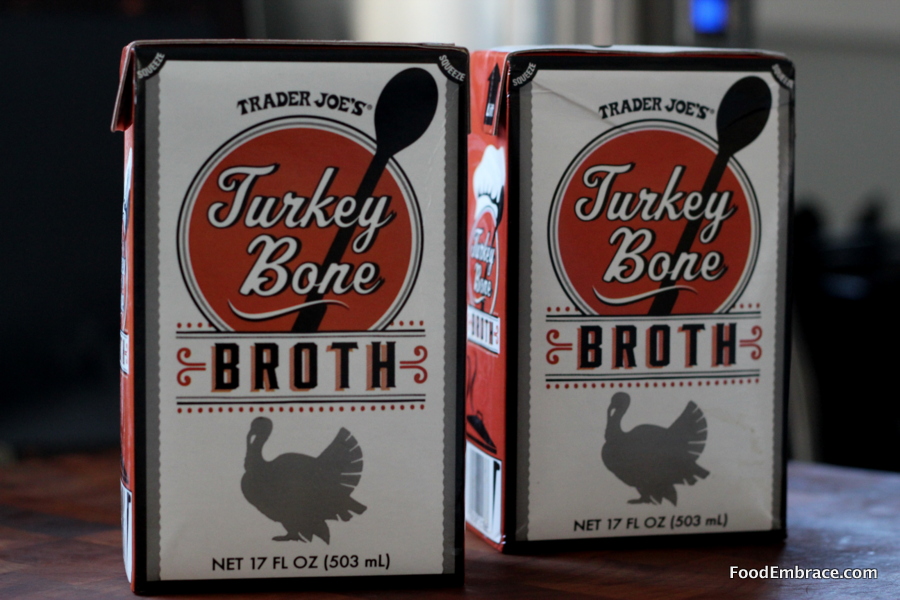 TJ’s Turkey Bone Broth.  It comes in smaller boxes than their turkey stock.  I compared it to the TJ’s turkey stock and the bone broth has a more simple ingredient list focusing on creating a rich broth where the stock had more additives (Like veggie stock, and sugars).  While this is more expensive than the stock, I decided to use it for Thanksgiving next week.  I would love to see TJ’s start carrying more bone broth! It’s not organic in case that is something you are concerned about.   When checking out, the cashier told me is a seasonal item only and will be departing the shelves soon so stock up! I’m going back this week to finish up Thanksgiving shopping and I plan on picking up more. 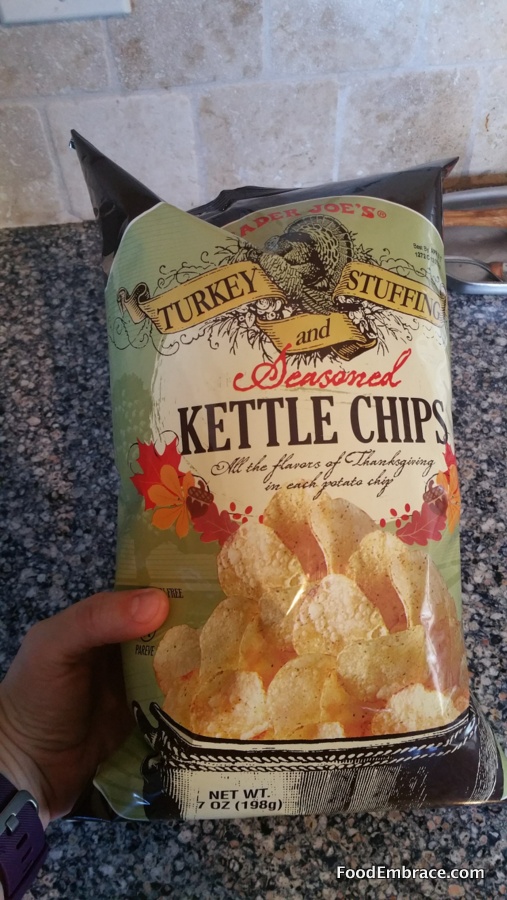 TJ’s Turkey and Stuffing Kettle Chips.  This was a total splurge impulsive buy moment.  I thought these sounded amazing and was so curious to try them out.  However, they were not amazing but they weren’t horrible either.  When I first tried them, I didn’t really get much of a turkey/stuffing flavor out of them at all. They sort of tasted like overcooked chips. I tried them again a few days later and they tasted a lot more savory and I could see how they might be a nod to Thanksgiving dinner. They were OK and a fun gimmick. If I were hosting a party I would get these to have on hand because they are budget friendly.  However since I didn’t love them, they had to go. I hate tossing food but I’m also not going to eat something just because, it has to be worth it and those were not.

Not pictured but worth a mention, TJ’s also now carries broccoli rice in their fresh produce section.  I’m so glad to see grocery stores (especially TJ’s because let’s be honest, they were the first to embrace having cauliflower rice in the store) start to carry more veggie alternatives.  I’m just OK on this rice though.  Since it’s made from broccoli stems it has a much tougher texture and takes a good bit of seasoning to keep it from being bland.  However if you aren’t a fan of cauliflower this rice would be worth checking out.

Have a great weekend and we’ll catch up on Monday!