For a good chunk of my life I was a runner.  That’s how I classified myself and for a while, how others classified me.  I was a distance runner who ate half marathons for breakfast.  I lost weight and got back in shape by running.  There’s a lot of people that I met through running and they know me as a runner.  It was a huge part of my life for a long time.

Moving to Colorado has come with a lot of changes, all of them personal and all of them for the better.  I can see that now, hindsight and all of that. For a while though, I was a little lost.

Running has been a constant struggle since the move.  When we first arrived, I was coming off an injury and still had a solid foundation but no distance.  Elevation is not my friend when it comes to running.  Running became something I hated instead of loved.  I could never catch my breath, my legs constantly cramped up, and I could never get past a damn mile without wanting to crash on the ground.

As a “runner” and being used to distance like it was nothing, this was a confusing and frustrating time.

I’m a runner! I have to be able to run!  Everyone who knows me as a runner is expecting me to run.

Those were just a few of the thoughts that ran through my head constantly.  I would beat myself up over the fact that I wasn’t getting the hang of running here.  Everyone told me to just keep plugging away at it and eventually things would work out.

Except that is exactly what I was doing.  For two years.  It’s been two years and I still can’t run even a mile without a lot of issues.  This was stressing me out.  Naturally I gained weight which made things even more stressful.  I’m not “me”.  I don’t feel like me and I certainly don’t look like me.  Being in a new city, meeting new people all while not really feeling like me because I didn’t have running to turn to, yeah, I was completely lost. 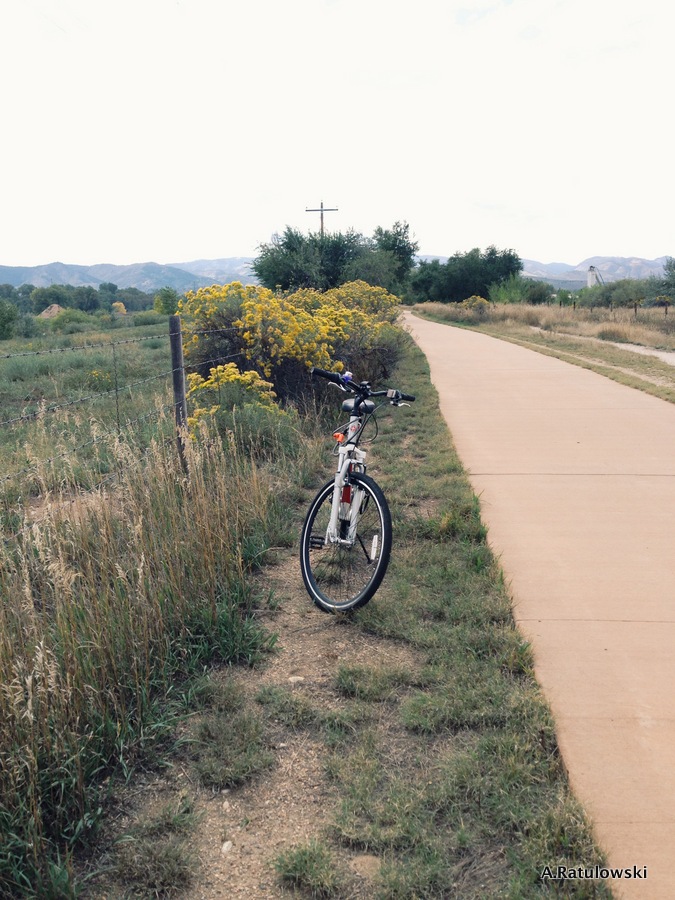 Then a bike showed up in my life.  The town we live in is amazingly bike friendly.  It’s pretty easy to bike from one place to the next and ever since we moved here, Scott and I have been wanting to get bikes.

We finally made the plunge and our bikes arrived earlier this month. We each purchased hybrid bikes, nothing fancy, a pretty basic bike.  I hadn’t been on a bike since middle school so I was a little nervous at first.  Of course you never forget how to ride a bike but maneuvering one and managing turns and hills does take some practice!

I’ll be fully honest, the number one reason we bought bikes was to start biking to breweries and bars instead of driving.  Priorities and all. My thoughts on biking didn’t extend any further than that.

I never considered biking as serious exercise before. When I was running, I thought that was superior.  Oh sure, cyclists can go long distances but runners have to do it on their own, not with the help of a bike.  I know, I know, that’s ridiculously elitist sounding.

The first time we headed out on our bikes, we went to a brewery and then we biked around downtown for a bit.

That first bike ride kicked my ass and made me seriously rethink my stance on cycling as exercise.  That’s all it took for me to fall in love with biking.

It also made me realize that I don’t have to be a runner any more.  I don’t have to live by that label. As simple as that sounds, it was a hard realization for me to come to.

Biking has given me freedom and validation that I’ve been looking for for two years.  Freedom in breaking free from the runner label, validation in that, yes I actually can do serious cardio at elevation.  This is kind of a big deal and very much a WHOA moment for me.

So for now I’m ditching the runner label.  Maybe I’ll try running again at some point but currently my focus is on biking.  This is where life has taken me and I’m happy here.

PS: I’ll share more in another post about exactly why I love biking and why it fits my lifestyle right now.

5 thoughts on “Dropping The Runner Label”