The Spring Clean Eats challenge is officially over.  Thirty days of clean eats with some restrictions and limitations.  I purposely did not go crazy with the restrictions because that would have set me up for failure instantly.  My goal was to succeed and document things that I noticed.  Failure wasn’t an option.  I needed this reboot so I could get back to making more meals at home and start to feel balanced again.

Our move, which is hands down, the best decision we ever made, did strip me of all motivation to cook and to exercise.  I don’t know why but there was a definite slump.  Spring Clean Eats helped me get rid of that slump.

There was no weight loss, I’ll state that right off the bat.  I assumed there would not be as I’m not the type to lose weight that quickly.  My metabolism needs to catch up and then when it does the weight loss follows.

I felt more grounded, balanced, and also more confident while I was doing this challenge.  Confident is a weird thing to throw in there, I know, but this challenge definitely effected my mood.  I felt better which directly translated into how I approached others and how I viewed myself.   I also had more energy and there was no 3pm slump.

I was able to finally break that mile hurdle and run a full mile.  And I’ve been able to do it consistently.  Eating more at home and adding in more protein was key.  Without doing that I would still be stuck at needing walk breaks.

I slept much better at night.  When I woke up in the middle of the night (which is a given, I will always and forever wake up during the night), it’s been much easier to fall back to sleep and stay asleep.

My skin has cleared up a great deal.  The month while I was doing this challenge was the first time in a long time that I didn’t break out during “that time”.  I also wasn’t moody or experienced any PMS like symptoms.

My skin also has more of a glow and natural shine to it that wasn’t there before.

Thoughts On The Food

Minimizing grains and adding in proteins to meals was definitely interesting.  It also presented some cooking challenges which I loved exploring. I learned that I love having a savory breakfast in the mornings.  It was more satisfying to me.  That said, after a while I did get tired of having meat all. the. time.  I needed a break and needed something different for breakfast.  Making paleo scones and granola was perfect for that.  Still protein based but not as intense as a portion of animal protein.  Breakfast soup was great as well to provide substance without being too heavy.

The meals also kept me full for longer periods of time.  I wasn’t hungry three or even four hours later.  Oatmeal, no matter how big of a bowl I had, never kept me full that long.  Ever.  Protein at breakfast is way more satisfying and long lasting.

That said, there were many times where I only ate two meals a day.  While that started off alright, I found that I really missed actually eating lunch and having that salad and smoothie mid-day.  So I’ll be playing around with breakfast more and adding in some variety. 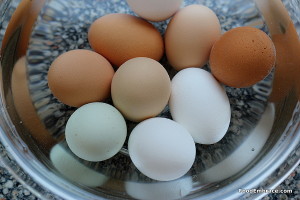 Eating more protein based meals and more grain-free means that you will eat a lot of eggs.  A lot. Get to know your local farmers because you’ll need a supplier. We’ve increased our egg and chicken intake so much that we joined a chicken CSA.

The only two foods that I missed were yogurt (ok and sour cream) and cheese crackers.  I like having yogurt in the mornings sometimes and I like nibbling on cheese crackers on occasion.  Other than that I did not miss sandwiches, pastries, or things are that are carb/grain heavy.

Over all the diet went really smoothly.  I didn’t feel restricted nor did I feel like I was having to force my way through the challenge.  The 30 days went really fast!  The only thing we “craved” was some pizza and that was easily satisfied. 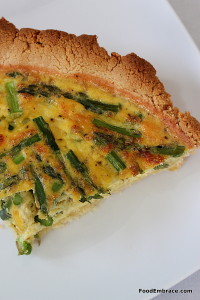 I never gave grains much thought.  I’m not a big fan of them and have never really enjoyed sitting down to a huge sandwich or big plate of pasta.  It just doesn’t appeal to me.  I know I feel bloaty after eating pasta and that grains affect my runs but other than that I didn’t really feel like I had a reaction to it.

The other day Scott and I split a waffle (a super large one) for breakfast, then we had sandwiches for lunch.  Because lunch was late it served as dinner and I had some junky snack later that evening.

The next day I woke up feeling like I had been run over by a truck.  I had a raging headache, I was nauseous, and had very low energy.  Normally I would have brushed it off thinking I shouldn’t have had beer after 9pm (I’m oldish, what can I say).

But now I know that isn’t the case.  I actually don’t handle that much carbs and grain all that well.  My body is not a happy camper when it’s fed stuff like that.

That’s a very interesting result that I didn’t expect to happen at all.  While feeling like crap wasn’t pleasant, I am glad that I experienced that because now I know more about what my body can and cannot tolerate.

I feel that’s the best thing about challenges like this, it opens us up to experimenting and learning more about how we function.  What our bodies respond well to and what they hate.

Will we be sticking with this diet?  Pretty much.  It works for us and we feel good while doing it.  I’ll be experimenting more in the kitchen and seeing what tasty things I can create!