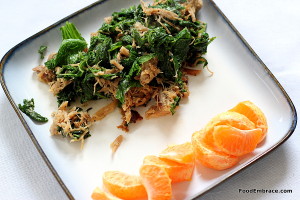 Let’s start the post off with the great news first then we can discuss how the day just fell apart after that.

Early morning, I got the dogs taken care of and I headed out for my run.  I took Wednesday off since I had a really horrible night’s sleep but Thursday I started the day off feeling great.

I did my normal 1 mile loop and I RAN THE WHOLE THING.

Hellz yes!  No walk breaks and no legs that felt really tired.  I pushed myself to see if I could do it.  I told myself that I had to run until I got to the last street by my house and I made it.  Since that’s the end of the run, I said I needed to run until I hit that one mile mark.

And I did!  Hooray!  I don’t know if I’ll ever be able to be a distance runner again since the elevation totally kicks my ass but I can see myself at least getting up to 10K distance.

Oh the run is still slow as molasses on a winter’s morning but I did it!  I can see the light at the end of the running tunnel.

Thankfully I got my run done in the morning because the rest of the day was spent on the couch and making multiple runs to the bathroom.  UGH

For breakfast I sauteed up some mustard greens and added in the leftover pulled pork.  I seasoned all that with a little salt, pepper, garlic powder, and a small bit of maple syrup to cut the bitterness of the greens.

This is where things started to go down hill.  That pork didn’t sit right with me and I was paying for it the rest of the day.

Lunch was basically a snack because I couldn’t keep much in my system so I didn’t want to over do it. 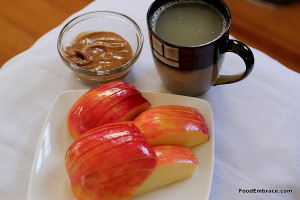 I had a large mug of broth for some powerhouse nutrients and a large apple with some almond butter.

Stomach churned the rest of the day but I was able to stay out of the bathroom.  Whew! 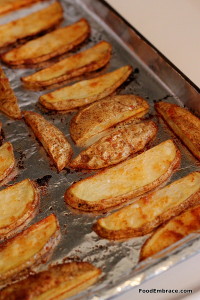 Dinner was also very light because again, I didn’t think I could handle anything heavier.  We had some oven fries, both were seasoned with salt, garlic powder, onion powder, and chili powder.  One set had some shredded cheddar added. 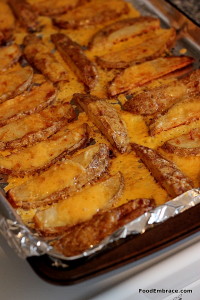 I was able to keep that down as well!

I hate to blame the BBQ takeout but this all started after I ate that for breakfast.  No. More.

More light foods are on the menu for today, not taking any chances!