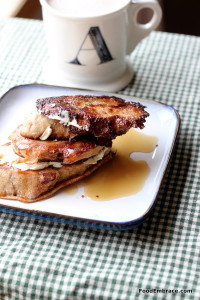 Today I’m taking a domestic day.  I’ve been feeling a sort of disconnect from cooking, living, and feeling grounded.

To be completely honest, I’ve been feeling this way ever since we moved into this rental.  For some reason this rental has an odd vibe to it that makes me not really want to become one with the space.

I hate it and so I end up not wanting to do anything but sit around and watch the time go by.

Because of that cooking and creativity have suffered.

I’m also still struggling to find a life balance that works for me in our new city.

Add on the hectic schedule of two jobs and that means poor Scott is living with a tired and cranky me.

He is such a trooper and good guy.  He deserves a medal.

Today though, I’m tossing aside my desire to not be here (in this space) and take a day where I focus on cooking and relaxing.  Cooking is a stress reliever for me and even though the kitchen isn’t the greatest, it’s functional and that’s just fine.  That’s all I need.

I need to remember the motto of this blog:

I haven’t been doing too much of that, instead focusing on being negative and angsty.  Ain’t no one got time for that.

No sense wasting time being a negative jerk.  Instead I’m choosing to embrace our current situation and roll with it.