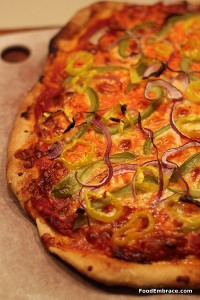 My only thoughts for pizza this week were to keep things simple.

Since we had kicked up pizza last week and both of us had to work late last night, I wanted something that wasn’t going to take too much thought.

I also wanted something familiar and comfortable, which led me to a very simple veggie pizza.

Simple but oh so tasty and totally hit the spot as we munched and finally finished up Tuesday’s Pens game.

It was crazy.  Let’s not discuss it.

But we can discuss the pizza! 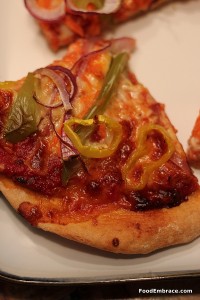 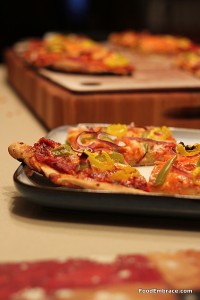 I really like adding shredded carrot to pizza.  It cooks up nicely and you can’t even tell it’s there.  It’s a nice way to add in some veggies without anyone being put out about it.  Plus they brown up nicely and just look like golden cheese on top.

We had a new to us wine last night that turned out to be fantastic.  It was a Cabernet Sauvignon called Raconteur (FYI that link plays music so turn your sound down).  Delish! Very dry but very juicy at the same time.  Perfect sipping wine!

This week has been a busy one and I’m looking forward to some relaxing time tonight.  How’s your week going?