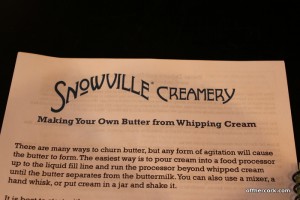 Last week, Nicole emailed me asking if I wanted to attend a butter making class with her.  She had an extra ticket because her mom ended up not being able to go.  I have been interested in making butter for a few weeks now ever since I learned that you can freeze butter.

Did you know this? I did not. It was the one thing preventing me from making my own butter because I would have so much, I wasn’t sure what I would do with it all.  Now that I can freeze butter, BRING IT!

This sister wants to learn how to churn her own butter!

I told Nicole that I would love to attend the class with her and I showed up bright and early (as early as one can be for a 1pm class) on Sunday armed with mason jars ready to fill my brain with butter making knowledge.

Plus I got to spend the afternoon with these two lovely ladies! 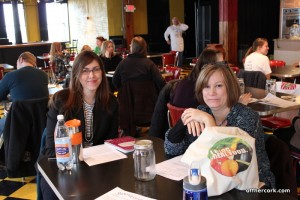 Nicole on the left and Wendy on the right.  If you recall, I met Wendy at the Market District opening. I was happy to see her smiling face walk in the door because that meant I got a chance to chat with her and another friend was taking the class!

This class filled up with people coming in long after it started.  This was the third class that Slow Food Columbus and Snowville put on.  Their first two were so successful and sold out quickly, so they decided to add on a third. 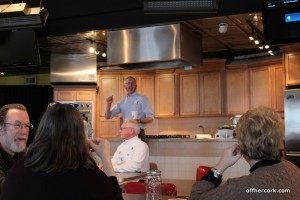 The class was led by Snowville representative and honest dairy milk advocate, Warren.  I had the pleasure of sharing a dinner with Warren, gosh two years ago now, at a Hills Market function.  I was very happy to be able to have the chance to attend one of his classes.

The class was two hours long and the majority of the time Warren was talking to us about dairy and the difference between grass-fed and feed-fed dairy.  He gave us a brief history of the dairy industry, what pasteurization for milk means and how Snowville handles their cows and milk.

Once Warren gets going, time can get away from him but only because he’s so passionate about what he does.  The butter making portion of the class ended up being a little rushed but that was okay because we still learned a great deal. 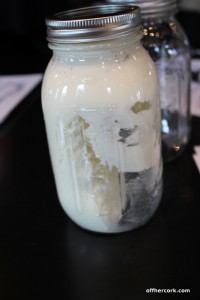 We each brought QT sized mason jars, which were then filled about 1/3 of the way with Snowville Whipping Cream.  We sealed the lids up tight and got our shimmy-shake on.  You can make whipped cream and butter just by shaking a jar.  Did you know that?  I shook and shook and then my cream entered the whipped cream stage. 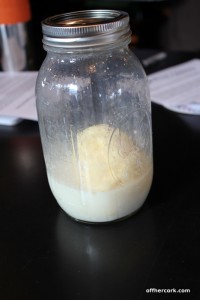 Keep going and then the cream will break and separate into two elements, butter and buttermilk. 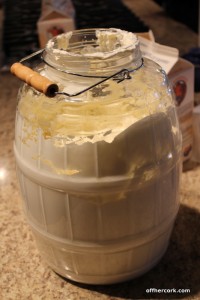 This huge jar of whipped cream was going to be transferred to a stand mixer so that it could be taken to the next stage of separation. 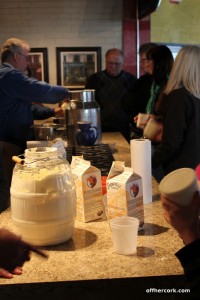 Once separation occurs, drain off the buttermilk and squeeze the butter to release more buttermilk.  Then you repeat the process a few times and you have butter!

Basic explanation but I intend to do a more in-depth one all about butter. 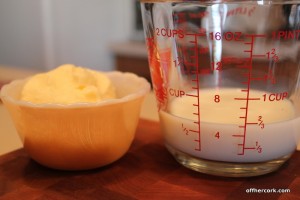 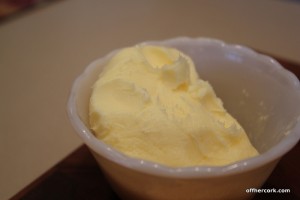 Spread on bread and enjoy!

Have you ever made your own butter? Are you interested in learning?