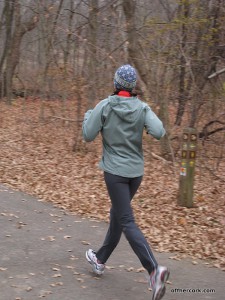 As runners, we’ve all heard tales and talks of those that Did Not Finish (DNF) a race.  Perhaps we’ve even experienced such a situation ourselves.

But what about those that Did Not Start (DNS) a race?

Have you ever bailed out on a race for any reason?

My answer is yes I have.  I have bailed on two races and they were both for the same reason, rain.  There are two things I hate running in the most:

I can handle and will attempt pretty much everything else.  Either of those things, regardless of the temperature, I detest and try not to run in them if I can help it.

The two races that I DNS, were both this year, a spring and a winter race.  Small distances, one was a 5K and the other a four miler.  Both times it was raining really hard and both times I said, “Screw this, I’m going back to bed.”

I really don’t like having to bail.  I spent money on the race and that is money that doesn’t get refunded at all.  Nope.  Once you paid, the race organization isn’t looking to give it back to you.

I have shirts from both of these races and I wear them.  Yes, with a little guilt considering I didn’t even run those events, but heck I did pay for them after all.

Racing isn’t a cheap hobby.  Most times I’ll nut up and run the race despite the weather conditions.  However there are times when running in less than ideal weather really isn’t worth it. It is a total judgment call.  Some folks will go out no matter what and some won’t.

Many have bailed on a race because of injury.  Some because of hangovers.  Whatever the reason, I think most of us have a DNS in our history.

How about you? Have you bailed on a race before and what was the reason?

13 thoughts on “Running Reflections: Did Not Start”

Leave a Reply to Linzi @Beyond Destination 26.2 Cancel reply