Hi gang!  Check out my snackies from last night. 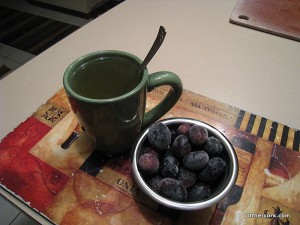 Some frozen grapes and tea while we kicked it on the couch.  Then I read in bed for a bit before calling it a night.  I felt so much better last night I wanted to run around the house rejoicing!

I had contemplated running this morning but sadly it was raining and so I just continued sleeping. :p  I got up at 7am, which is much earlier than I had been.  I took care of Rockmonster and immediately made some breakfast because I was starving. 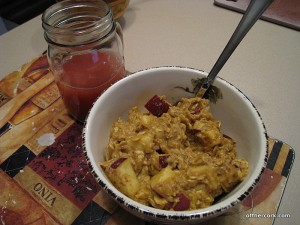 Pumpkin apple oats!  And some cranberry + OJ to wash it down.  I wanted coffee so much but we had a dentist appointment this morning and I don’t drink coffee before seeing the dentist.  No need to subject them to coffee breath!  Ew ew ew.  I blew through those oats like they were nothing.  I was hungry again by 10am. :o  But since we were going to the dentist, I wasn’t about to eat something else and have to clean my mouth all over again.

I focused on cleaning the kitchen and prepping some things for tonight’s dinner.  Then we were off!  Sadly my gums were a bit sensitive today so the cleaning seemed a little rougher than normal.  Ouch!  I wanted a salad for lunch but decided that a vinegar based dressing might irritate my gums more and I had no desire for a cream dressing.  Instead I had things to pick at! 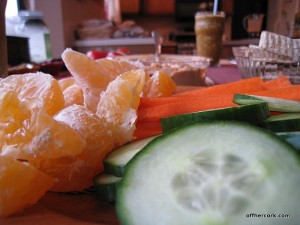 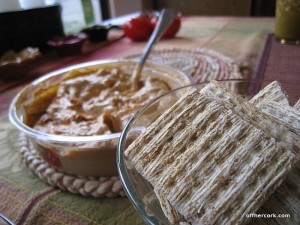 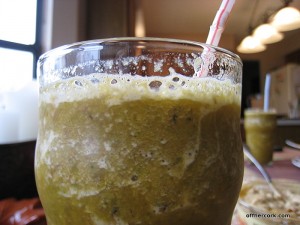 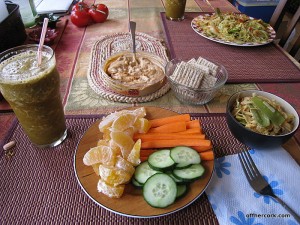 And a little bit of Pad Thai on the side.  Normally I wouldn’t even think about leftovers (as leftovers just aren’t really my gig unless it’s something I made) but since I was sick and had a few days of either not being able to eat or not eating much, I need to get those calories back.  I ate my Pad Thai cold because it was most delicious that way.

After lunch I walked my boy and then came home to be all domestic.  I cooked in the kitchen and prepped things the rest of the afternoon.  Evenutally I made it upstairs to take a bubble bath which was awesome, and then into my jammies!  I did not get to Muay Thai tonight but not without trying, I wanted to go but Scott put his foot down and said, “Nope, you need to still chill it for a bit.”

By this point it was time for dinner, and you all know what today is! 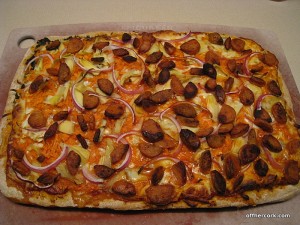 Pizza Thursday!  I finally have some spelt flour again so that was the crust base.  Love you spelt! 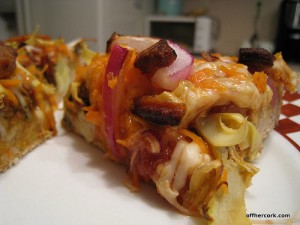 His side has more meat on it (I tried to make that as clean as possible and that’s the best I could do. 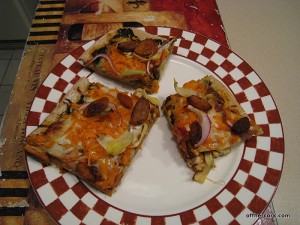 I started off with three slices thinking I wouldn’t even make it through that considering one of those slices is huge.

As if, I totally kicked all that and went in for another piece.  OH YEAH!

Now I’m off to spend time with my hunnies and maybe have a glass of wine.  Wheee! 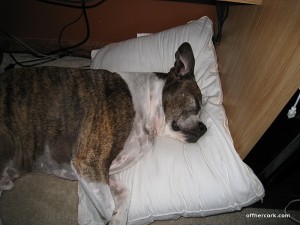 My mush head totally crashed out under my desk this afternoon while I worked a bit.