Scott and I watched some TV last night and I played munchie. 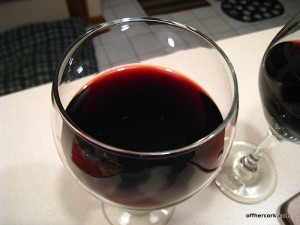 A glass of red, a glass of white with 1.5 slices of chocolate zucchini bread.  Oh gosh I can’t believe how much I love this bread.  I’m going to need some more STAT!

After that, I went to bedtimes.  I slept alright but when the ole alarm went off at six this morning, I did not want to get up.  I laid in bed for another hour and finally crawled out to start the day.  After taking care of Rocks, I started in on work.

You guys, I can’t even tell you how much these tapes are making me with teh crazah!  UGH!  It’s all I can do to not pull my hair out, seriously.  I did a long tape and took a break.  I got Scott up and then I made some breakfast. 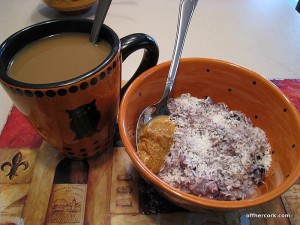 Berry oats!  Regular oats with frozen blueberries and blackberries added in.  Some unsweetened coconut and a scoop of PB on top.  Plus one large mug of coffee.  After breakfast I did another tape then I took Rocky out for his walk.  Thank goodness for that because I needed a break from the computer.  Sitting at my desk for extended periods of time is really hard for me to do.  I hate being chained down staring at a computer screen.

When we got back, I worked a little bit more then put together lunch. 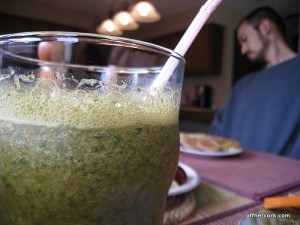 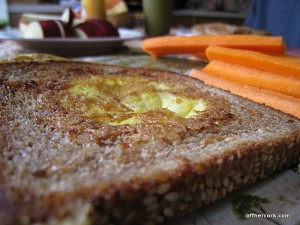 Egg in a hole!  One slice of Ezekiel bread lightly buttered and a hole out of the middle.  Cooked in a skillet with an egg added to the hole.  Easy and yumms!  And a side of carrot sticks. 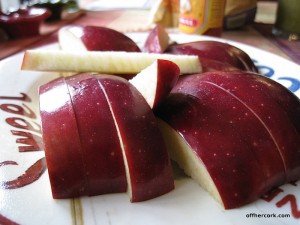 In the middle was a red delicious. 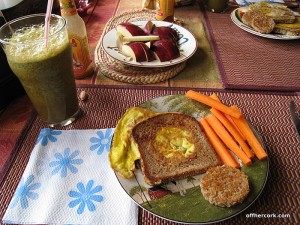 My egg in a hole looked like a princess!  Or just a girl with a pony tail, but I’m going with princess.

After the picture was taken I slapped some garlic chili hot sauce on top of the toast.

I cleaned up the kitchen, checked mail one last time and then headed out for some of my very own princess time.  I got my hair cut, woot!  And then I finally got my Neanderthal brows and lip defuzzed.  I feel so much more normal now!

By the time I got back home, changed into comfy clothes and checked in on work, it honestly was time for me to get dinner together.  Thankfully leftovers were around!  I was just going to have a Hugh Jass while Scott had leftover peppers, however upon smelling them while they were heating up, and snagging a bit to test the temperature, I realized some peppers would be nice.

But they had tons of cheese all over them and I didn’t want cheese.

“Why can’t you just take the cheese off?”, said Scott as I was stompin’ around the kitchen.

Well why can’t I indeed! 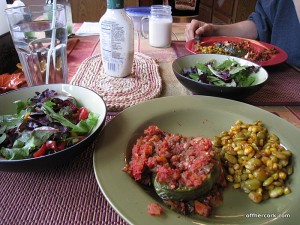 So I had a pepper with cheese once removed, a side of limas and corn, and I split the Hugh Jass into smaller portions so we each got some Jass on the side.

Alright my pretties, I’m off to get ready for SF class tonight and to chill it for a few.  Catch you tomorrow!