Hey gang!  So I’ve been crazy busy today with work.

I was supposed to go to an event this evening at TehKu and just could not make it.  I had to work.

But let’s rewind a bit! 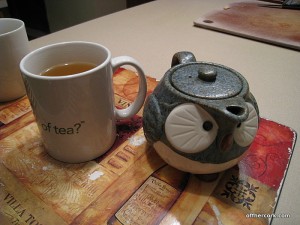 I did have some tea last night and headed straight to bed.  I read for a bit and then crashed hard at 10pm.  I was out!  I got up bright and early this morning but I wanted needed to run my little heart out.  And it was chilly!  Whooo!  I had to put on my little headband thing for my ears and wear a light pair of gloves.  It was awesome! 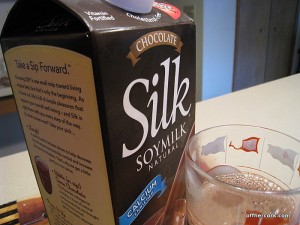 I slammed a glass of CS, bundled up and then out with Rockster for his morning walk.  It was quick because I started getting chilly.  I stretched and changed into comfy clothes.  I actually had to wait to shower (which meant I was cold the whole time) so I could blow dry my hair today.  Since I thought I was going out, I wanted it dry and fluffy.

Then I made breakfast! 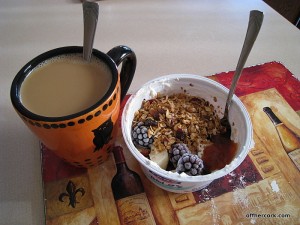 And ate it out of the container like a savage.  Yogurt, homemade granola, some jam, and a peach.  YUM!  With some glorious coffee that I ended up having two mugs of.

Then I spent too much time trying to integrate G-Cal with my iPhone.  I got frustrated and went to work instead.  Scott worked on my phone and got everything synced up because he’s awesome.  I was hesitant to use MS Exchange (Microsoft, Ewww! HISS!) but that’s my only option so we ended up using it.  And it worked! Hooray!

I worked all day long.  There was a break for some lunch!

I’m out of salad stuffs.

So I had to make do. 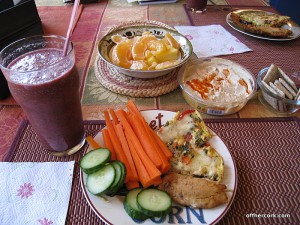 Leftover fritatta and some fish.  Oh and some pineapple and minneolas in the middle.  Almost forgot about those!  I actually only had a few crackers but kicked just about everything else.

Then back to work. It’s a new project with a new client and there’s lots of going back and forth trying to make sure everything is set up and transcribed properly.  Let’s just say by the end of the day, we were all wondering if it was time to head to happy hour. :p

I had to take a small break for a quick snack: 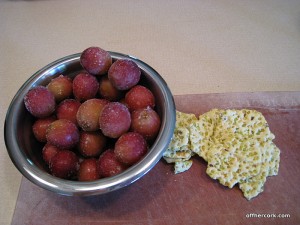 Pistachio crisps and some frozen grapes.  I had three crisps, the rest went to Scott.

But listen friends, here’s the deal, I had no WF crust AND I have no yeast.  What to do?!

Scott said we were ordering pizza.

YIKES!  You never know what you’re going to get with take out.  I was nervous.  But also tired and hungry, which won out over nerves.  We ordered from a local independent place called Figlio. 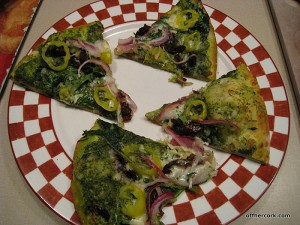 I got regular crust with:

Scott got the Figlio Classic with I can’t remember what all. :p 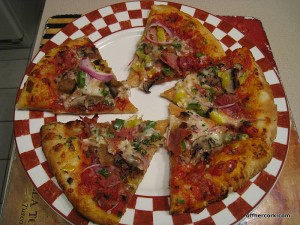 Sorry for no close-ups today guys but I needed to get this post done!  Pizza was good but both of us agreed that we like mine better.   Now I’m off to hit the couch with some wine and then crash it in bed.  Till tomorrow!