Hi guys!  I’m totally buzzing along today on too much coffee and total excitement!  After SF last night, I came home and kicked it in bed reading my book.  It’s starting to pick up and get really good, so I’m curious to see where it’s going to lead.

I got my butt up at 6:30 this morning to head out for my run.  The morning was glorious!  It was so chilly, I could see my breath. :o  I had to wear long capris and a long-sleeved shirt.  The sun was just starting to come up and everything was all bright with new day glow.  I did 3.5miles in 36 minutes today. 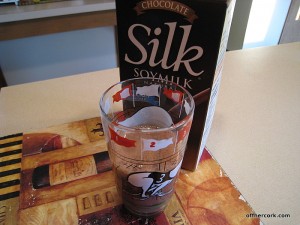 A glass of CS later and then off with Rocky for a very long walk.  Once home I stretched, showered, and made a wonderful breakfast!

Now listen, I may be jumping the gun here and hopefully I didn’t jinx anything, but I went for it. 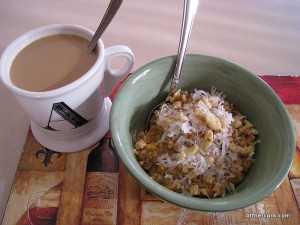 I totally made pumpkin oats for breakfast today.  Oh yes I did!  I have to add a little extra soymilk when I make pumpkin oats because the pumpkin tends to thicken things up.  I topped it with some coconut and crushed walnuts.  And the coffee this morning was so delicious!

Then my morning was filled with all kinds of travel chatter!  Talks of flights and plans and hotels and oh my!  I am both excited and sorta nervous at the same time.  More excited at this moment though!  I had another cup of coffee and that sort of gave me a little jolt buzz with all the extra excitement running through me.  I didn’t even drink 1/2 before passing it on to Scott because I didn’t want to overload the system.

I did more travel stuff, emails, and other things this morning.  Then I headed to the kitchen to get started on lunch.

Now brace yourselves, for what’s to come.

Today was the first day of school and so many people were cooking breakfast as I was out running and walking Rocky.  Bacon was in major force today!  I had a package of bacon in the freezer that needed used up.  I decided to just cook it and then refreeze the cooked slices to use at another time.  I saved a few slices for Scott, a slice for me for my salad and froze the rest.

Here’s the deal with me and bacon.  I like bacon actually.  I just don’t normally eat it because it’s not something I want frequently.  It’s an occasional thing with me.  And I don’t eat the whole slice.  I pick the meat off and discard the “fat”.  The bacon has to be super crisp too.  Sorry if that grosses you out but that’s my approach to bacon! 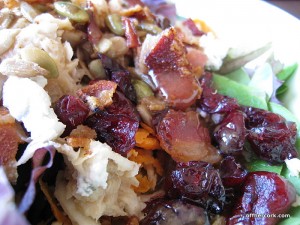 So here’s my glorious salad:

With a balsamic mustard dressing (I made). I cannot get enough cheese lately! GIMME! 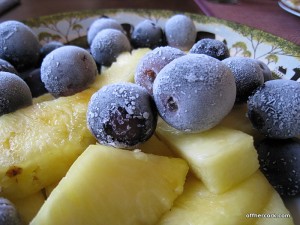 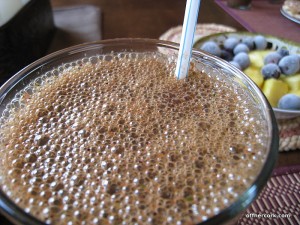 The smoothie was fantastic!  It wasn’t very thick, more juice like without being gritty.  I loved it!  And my salad was fabbo too! 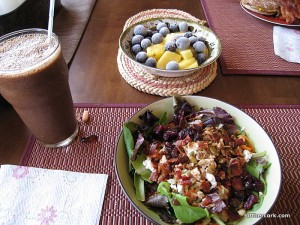 After lunch was clean up and I did some more chore type things.  Emails and other officey stuff.  No MT class for us this evening because I had some stuff that needed to get done and so did Scott.

I cut out before Scott and settled on the couch with my book for a bit.  I munched on some pretzels. 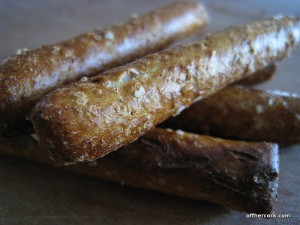 7-grain pretzel sticks from Target. They are so good! I had five.

But we still had Tuesday fish night!  I had more salmon. :p  But I have been dreaming about this for ages!  I marinated the salmon in a chipotle and pineapple glaze with a bit of teriyaki sauce added as well.  A little bit of extra seasonings and green onion for some mild onion action. 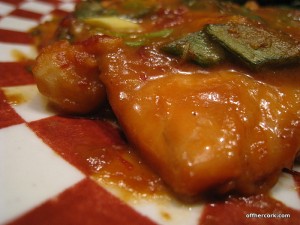 Baked at 400 for a few minutes, about seven. 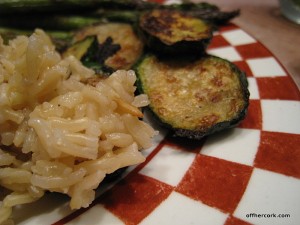 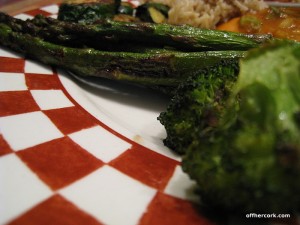 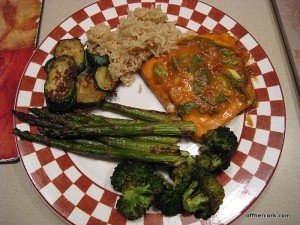 Loved this dinner even though the salmon was less than perfect. It marinaded too long and was a bit mushy texture.  Booo!  Oh well!

Surprisingly, dinner didn’t fill me up all the way.  I might have a few pieces of dried fruit before heading up to bed to read for a bit.