I guess this would be official leftovers now since yesterday was technically the first time we ate the stuffed peppers. :p 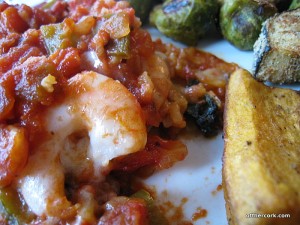 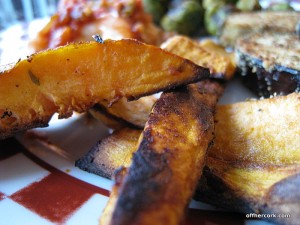 With a side of roasted veggies.  Some sweet potato fries and… 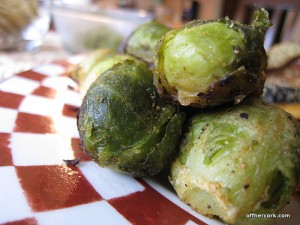 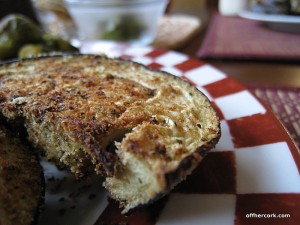 And some roasted eggplant! I cut the eggplant in half moon shapes and coated them with olive oil, salt, pepper, and other seasonings.  Sprinkled with some breadcrumbs for silly fun.

Then roasted at 400 until soft and golden brown.  I didn’t pull any of the juice from the eggplant first because I personally don’t find eggplants to be bitter. 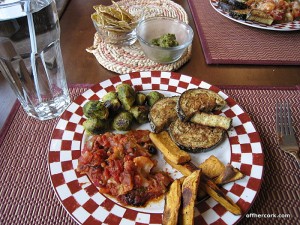 I went in for a second helping of eggplant.  And then I went in for an unprecedented, first time in the history of OHC, third helping!  Oh yeah, three helpings of eggplant, baby right up in here!  I basically kicked that whole eggplant myself because Scott only had a few pieces.  Go me!

I did sacrifice some sweet potato fries, I only had one and gave the rest to Scott.  And the stuffed pepper was 1/2 a pepper.

Now time for SF class gang and hopefully follow that up with an early bedtime! Catch you tomorrow.