Hi guys!  Last night was indeed another long night.  By the time Scott and I plopped down on the couch it was after 11pm.

I felt bad but I was yawning during the other guys’ test.  I was pooped!  I came home and had a small bowl of frozen grapes and two prunes.  No picture because I took pics during the test and so my camera battery needed charged.

Then I crashed in bed!  I got my sleepy butt up and out of bed at 7am and got started on my day.  Rocks was taken care of and I changed into running clothes and was out the door.  I did a very sweaty and slow 3.5 miles and headed back home for some CS. 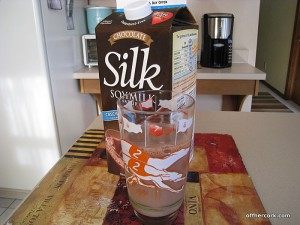 Glorious, especially when it’s steamy hot outside.  I ran back out with Rocky for his walk and then I could finally hit the shower.  I got Scott up and then went straight to making breakfast.  I wanted oats this morning and wanted them to be as simple as possible. 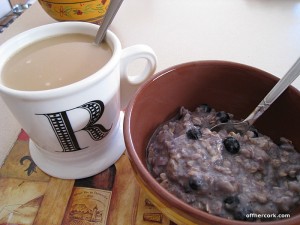 Basic oats with some blueberries added in.  No mix-ins or anything. Easy peasy!  Along with some coffee, it was a very yummy breakfast.

I got started on some laundry and it feels like I just did laundry!  And worked on some things for the SF seminar this weekend.  After that was done, I realized I worked up an appetite and all I wanted was some vegan nuggets. 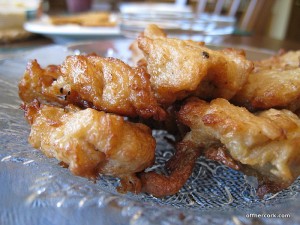 As much as I love them, clearly vegan nuggets would not make for a great lunch. :p  So I had to toss in some other things in there as well. 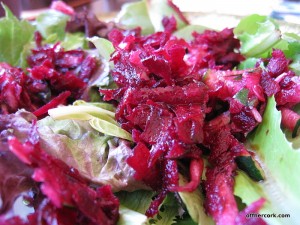 Very small salad with mixed greens, shredded beet and zucchini.  Topped with a small amount of balsamic and olive oil. 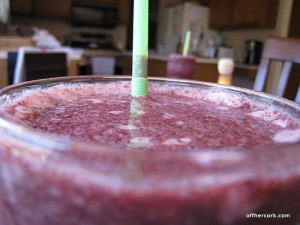 Smoothie!  I found some spinach in the downstairs freezer and thank goodness because it meant smoothies were back to being on the menu.  Produce is getting scarce around here and I thought smoothies were down for the count.

Remember this makes smoothies for both Scott and I, plus a little extra for Scott. 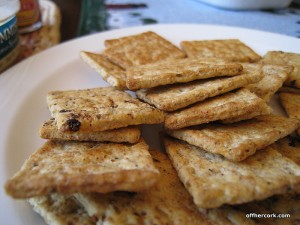 Kashi veggie crackers for dipping in hummus.  I love these crackers!  They are probably my fave Kashi cracker with honey sesame in a very close second place. 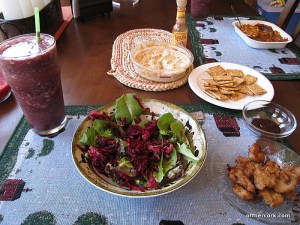 I dipped the vegan nuggets into bbq sauce and hot sauce.  These are the one highly super processed item that I adore. And it’s also why I don’t eat them too often.  They are sooo good! But soy and mushroom protein have to go through a lot to look like that and I also think they are fried, making them not the best thing around.  I will gladly take them over a chicken nugget any day though.

I have lots more to do today before MT so I leave you with this: 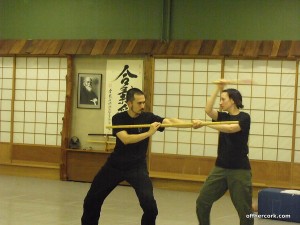 That’s us during my demo which was about exploring the difference in range using staff verses stick.  Clearly the staff is larger and going to have a longer range.  I provided examples of how using a stick still provides you with the ability to block strikes and also retaliate.  And then I moved on to show how just because someone has a larger weapon doesn’t necessarily mean they are going to come out on top.  Shown here as I’m about to take off Scott’s head with a strike. 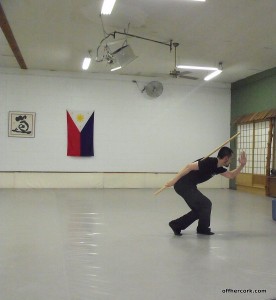 That’s my babies as he finishes up one of the staff forms that we had to do.  His form was perfect!