Hi guys!  We have to go clear back to Monday night to take a look at some eats. 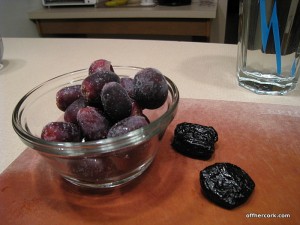 I had two prunes and some frozen grapes because I was a little munchie after SF class that night.  Then I crashed in bed and was asleep by 10:30pm!  Score!

I woke up early Tuesday to bust out my run.  And I ran 3.5 miles with no issues.  Hooray!! This is my first 3.5er in over a month which just blows my mind when I think about it.  But I was so happy to knock that out.  For sure I can do that race next month!  Then I ran Rocky out for his walk and the weather was super cool which sort of surprised me. 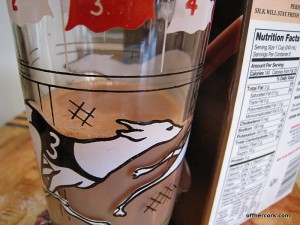 Two glasses of CS later and I hit the shower.  Then it was time for easy breakfast. 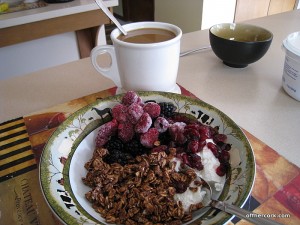 Yogurt and granola! With some blackberries, cranberries, and frozen raspberries.  The granola was chocolate because that’s all we have at the house.  I should just make my own instead of buying some more.  Almond milk in the coffee yesterday, it was just okay.  Not too creamy or sweet.

At this point I don’t even remember what I did after breakfast.  I told you I wasn’t great company at the moment. :p  My wee brain cell is a little over worked and frazzled.

But there was a tasty lunch! 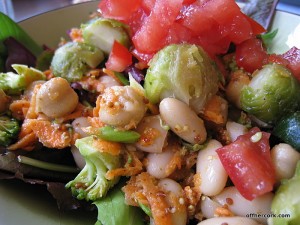 Salad (you know it) 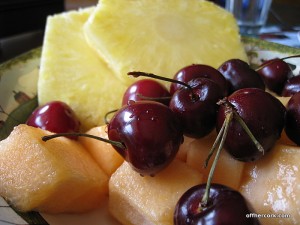 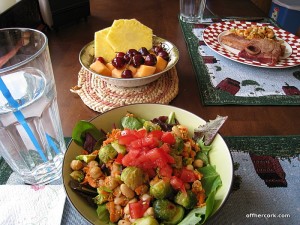 I ate everything!  And thanks to the bean salad, didn’t need any kind of dressing for the salad.  Bonus!

After lunch Scott and I headed over to an army surplus store.  What the wha?!  I know it sounds weird but I love going there because they have sweet stuff!  Anyway, I’ve probably mentioned numerous times that our uniforms for SF are BDU pants. Those pants that military or SWAT guys wear with all the pockets and stuff?  Those.  I had to get new ones because my other ones were way too big and I already gave them away to someone else who could use them.

The place was hopping yesterday! Admittedly it’s located it not the best area of town and yesterday it was hopping with a few shady fellows who I was keeping my eye on. Anyway I got pants and shorts.  The pants are still a bit big on me but there’s not a lot I can do about that.  The next size down would have been extra small (keep in mind they are pants for dudes) and it was way too small.  Scott got another pair of pants and then we were on our way.

I did some SF training for a little while and then it was time to make dinner.  I was hungry but didn’t want to cook or do anything. Ha!  I eventually did make something, the Tuesday night usual. 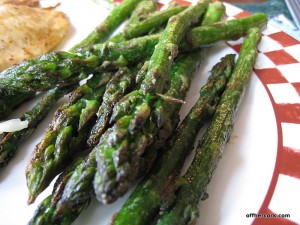 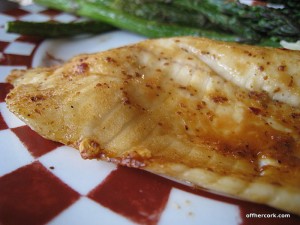 And fish!  Tilapia with a mixture of buffalo sauce, soy sauce, mustard, and seasonings.  Baked till cooked through.  It sounds like an odd combo but it was yummy! 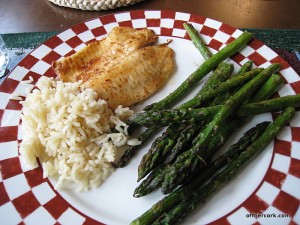 And I stole a wee bit of Scott’s rice.

After dinner I practiced SF some more and called it a day at 9pm.  I was in bed by 10pm which I would be more happy about had I slept well.  *grumble*

I know this post is lame and I’m terribly sorry for that!  Today’s will probably be lame-O too, just fair warning!