Warning: Parameter 2 to WPE\Site_Preview::the_posts() expected to be a reference, value given in /home/customer/www/foodembrace.com/public_html/wp-includes/class-wp-hook.php on line 303
 April 23rd, 2009: Dinner | Food Embrace

Hi guys!  Last night I was too wrapped up in the Pens game to leave the couch and I also may or may not have been passing out trying to stay awake. :p

Before going to MT last night I had some yogurt and granola. 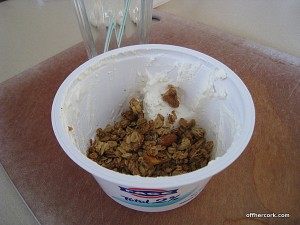 why dirty a bowl?

Out of the container like an animal.  It was the last of the yogurt.  I actually wanted cereal but since I don’t really eat cereal, there was none to be had for me.  Boo  I have PB Puffins but don’t like them in milk because they lose the PB!  I haven’t had yogurt in a few days and needed some for calcium, protein, and to keep my digestive tract healthy so I ate it.

Do any of you eat yogurt to help keep your digestive tract in order and clean?

Then we came back home to dinner.  You know what day it is! 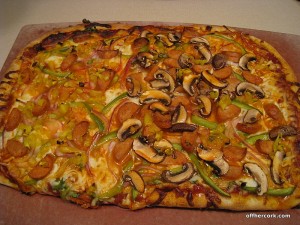 I used a WF pizza dough.  I loaded this one up with lots of veggies:

On top of the cheese:

OH YEAH! I had every intention of adding some chopped broccoli and forgot.  Doh!  Oh well, I still got lots of veggies in.

My portion with cherry seltzer. 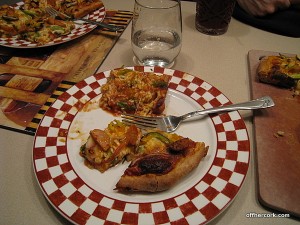 I ate the two pieces and went back in for a third piece because I was still hungry and wanted more crust.  Then I ate a bite of that half piece.  Apparently I was hungry!  Well I ran 6 miles, had physical therapy, and then had MT conditioning class last night so I figure it’s alright. 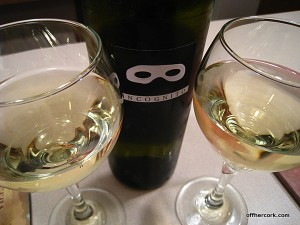 I don't even remember buying this wine...

After eating and while watching the game, there were two attempts at drinking a glass of wine and both failed.  I wasn’t even going to have any but since I was able to run 6 miles issue free, it was time to celebrate.  Scott opened a bottle of a blend and oh man that tasted like butt.  It was so antiseptic and just yuck.  I couldn’t drink it.

I hate when this happens because I don’t like throwing away alcohol!  The bottle is still in the fridge seeing if it might get better.  So then he opened up a small box of wine I got from Target to use for cooking since it’s cheap.  Well yeah it tastes cheap.  Yuck again.  I only had 1/2 of each so I guess that totals a glass of wine but oh goodness not a happy experience.

I watched as the Pens lost their minds and thus lost the game.  Then I headed to bed to cry in my pillow for a few minutes before drifting off to sleep. 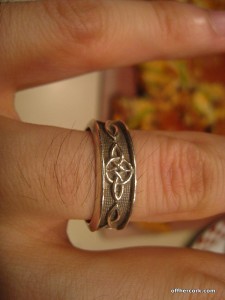 Awww I didn’t know he took a picture of it last night.

Mine’s the same (I’m sure you knew that.