This afternoon passed in a whirlwind of taxes.  I had to help Scott for a bit as I looked over my income for 2008.  After that we played some Lego Batman.  Hooray for weekends where we just hole up and chill out!  Next weekend will be all work around the house so I’m glad we had this time to just hang.  Scott poured us some Wildberry Italian soda from Target and I only had a few sips before I passed my portion over to him.  Ick!  It was very fake sweet tasting as if an artifical sweetner was used.  It also left a very nasty aftertaste on my tongue.  Ewww.  I had a cran-raspberry selzter instead.

We gamed for a bit and then I started supper prep.  Decided on light and easy today.  Roasted veggies and fish!  And rice for Scott.

The fish was new to us, it was pangasius.  It’s a white fish with a very mild flavor, in fact it doesn’t even really taste like fish but it’s flaky like fish.  It could totally handle a heavier intense type of marinade or glaze.  I just brushed it with some teriyaki and sprinkled it with sea salt, garlic powder, red pepper flakes and tossed it in the oven to bake.

Veggies were all roasted and there were:

Dressed with a bit of oil, soy sauce, garlic powder, and chili powder.  Double plate shot.  Can you tell who gets what? :p 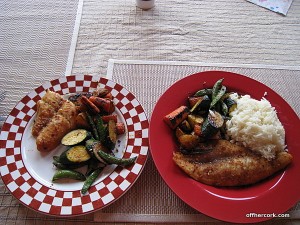 Oh to have the metabolism of a dude. 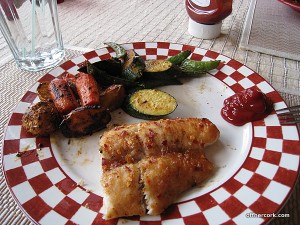 Very yummy and light supper.  Plenty of room left for some wine and maybe some chocolate?  Or ice cream?  I could go either way.  I know for sure there is more Lego Batman in my future! 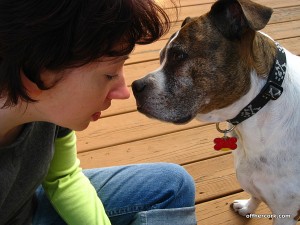