Warning: Parameter 2 to WPE\Site_Preview::the_posts() expected to be a reference, value given in /home/customer/www/foodembrace.com/public_html/wp-includes/class-wp-hook.php on line 303
 March 17th, 2009: Dinner | Food Embrace

Man guys, yesterday my food was just out to get me or something. :p  That’s why I didn’t post last night, I said forget it and hung out on the couch!

I never did end up having that stupid waffle.  I had a small bit of yogurt and granola before MT last night. 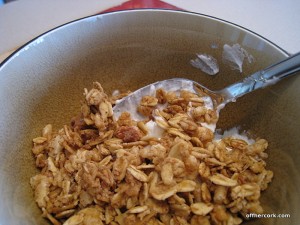 Went to class and busted my hiney.  On the way home I was thinking about how I wanted veggies but wasn’t feeling like leftovers (Monday night’s veggie stew) because that was a little heavier than what I wanted.  I wanted something lighter.  I decided on a salad and butternut fries!  Wooo!

The leftovers were heating up for Scott and I assembled my salad.  I peeled and then cut open the b-nut.  It seemed a little weird to me but I figured that I was just being paranoid.  “It’s a squash, it’s fine.”  I cut it into fry shapes, seasoned and tossed in the oven for a bit.  Then I thought to myself, “Oh man, melted cheese would be awesome on the fries!”  And I had this smoked Irish cheddar in the fridge that I pulled out.  I gave it a taste and holy cow but it was horrible.  Tasted like smoked plastic.  YUCK!  Okay so no cheese on the fries.  I’ll live.  I did have a small bite of normal cheddar to cleanse the palate. 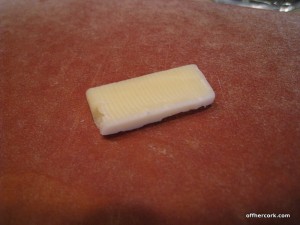 After a while, I pulled out the fries to flip and taste, ugh, not good.  These were not happy b-nut fries.  Damn.  They smelled good though!  I was bummed but decided to sit down with my salad and figure out something else to munch on later.  Clearly I needed more than a light salad for dinner, especially since my lunch wasn’t so great.  Here’s the salad. 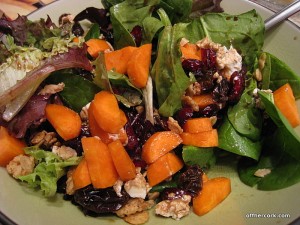 Topped with balsamic and oil.  I sat down on the couch and started mixing up my salad when the vinegar of death decided to kamikaze leap from my salad straight into my EYE.

Seriously? Who flicks dressing in their eye?  Lord.  This is how my food day was going, I was being thwarted at every turn!!

After mentally giving my food the bird, this is how I consoled myself. 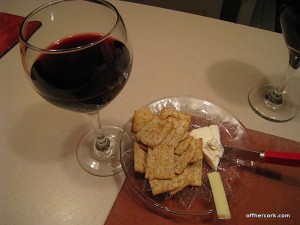 the best that I could do

That’s right, a glass of red and a cheese plate.  Some asiago kashis, a laughing cow light wedge, and another small slice of cheddar.  Not great, but I couldn’t risk trying to make something for fear it would explode or catch on fire.  This was the best I could do.  I had another small splash of red (from the bottle we opened on Sunday).  And this: 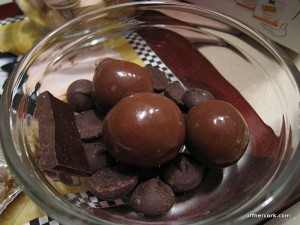 A maltball for good measure.  The biggest one, thank you.

And then I went to bed.  Amen. 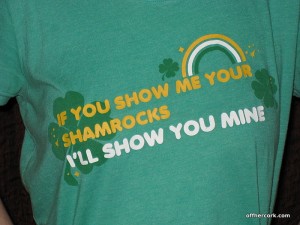