Warning: Parameter 2 to WPE\Site_Preview::the_posts() expected to be a reference, value given in /home/customer/www/foodembrace.com/public_html/wp-includes/class-wp-hook.php on line 303
 The difference between Seltzer and Club Soda | Food Embrace 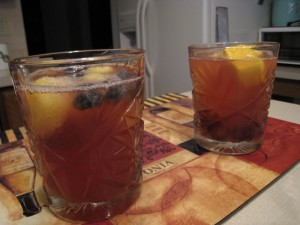 A new addition at OHC HQ is the fizzie.  This started last year as a way to provide us fun drinks that are low cal and not alcoholic.  I don’t know about you, but as much as I love water by the end of the day sometimes my mouth wants something a little more exciting.  Wait. That is what I mean to say but not in that way.  Pervs.

Anyways! As much as I love wine (and a good dark beer), those drinks are not body-friendly when having them in excess.  So along came the OHC Fizzies.

When I first started looking into bubbly liquids to become part of the fizzie it actually took me a while to find the right ingredients.  All grocery stores I have come across have tonic no problem.  However, all the tonics I saw contain HFCS as a top ingredient.  Yuck.  We try to stay away from that as much as possible here at OHC.  The diet tonics had aspartame or some other fake chemical sweetener in it.  Double yuck!  We don’t do that either (nor do we do Splenda, but that’s a whole other article).  Moving along, I eventually stumbled on flavored seltzer waters and started using those with success. Which currently I can only find at ONE of the FIVE local grocery stores around me. And that just seems really odd to me.

One day as I was out at the store picking up more seltzer, I came across club soda and bought some of that as well.  Then it occurred to me, “I wonder what the difference is between the two?  They seem like basically the same thing.”

What he found said that seltzer water can be a naturally occurring fizzie or a man-made fizzie.  While club soda is strictly man-made.   However, club soda also has some type of sodium added to it while seltzer does not.  Naturally-occurring fizzie is water coming up from the ground that passes through layers of minerals that are interlaced or made up of some kind of carbonate. As the water passes through it may absorb some of the carbon dioxide given off by the carbonates, thus rendering it a carbonated water.  Man-made is when carbon dioxide under pressure is mixed with water, thus making it carbonated.

For a more detailed explanation check out Miss Cocktail’s answer on Yahoo. And the Wikipedia page on Club Soda.

OHC HQ will be sticking with seltzer because we don’t need to ingest more sodium.  However, I’m sure we’ll have club soda every once in a while.

And that’s the difference between seltzer and club soda. Now you know!

5 thoughts on “The difference between Seltzer and Club Soda”