Hi guys!  What a great day we’ve had!  After posting my breakfast entry, I leashed up Rocks and we headed out for a 2.5 mile walk.  It was amazing outside.  The sky and temp were just perfect.  It was so warm that I was sweating in my jacket and sweat pants.  As we were walking I formulated a plan for the day. When we got back I told my plan to Scott.

“I’m going to shower, then make lunch, and then we are going to the park.”

After my shower, which was just okay, I hooked us up with some mega salads. 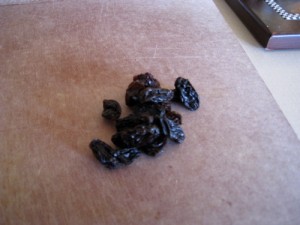 But first I had a small handful of raisins. 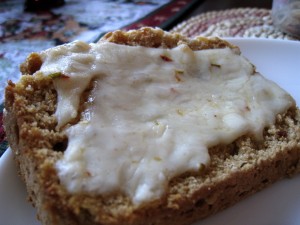 You totally know I had a slice of beer bread with lunch.  I toasted it up with a 1/2 slice of pepper jack cheese.  I contemplated having a slice for breakfast this morning!  But decided against it. :p 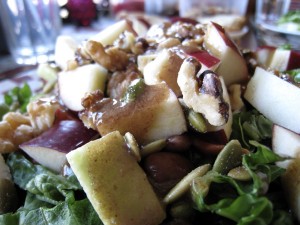 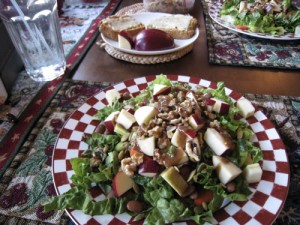 After lunch and then cleanup it was out the door to the park!  There is a park just down the road from us that we have never been to in the 2.5 years we have lived in this house.  Shame on us!  So today since the weather was amazing I said we were going.  Plus I was secretly wanting Scott to get some extra exercise in.  He hasn’t exercised at all since we’ve been on holiday except for the few times he’s went out with Rocky and I.  I changed that today!  Slight mishap on the way out, I dropped my curling iron and stupidly tried to catch it.  Dumb.  I totally burnt my right ring finger.  Meh.

But moving along, our trip to the park! 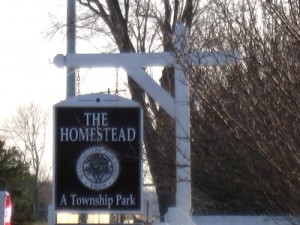 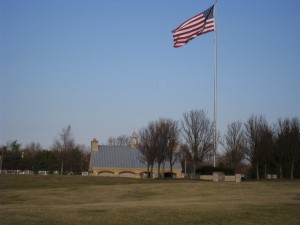 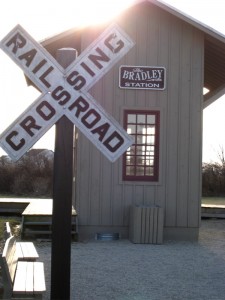 The park intersects with a “Rails to Trails” trailway so a lot of the things around the park are railroad themed. 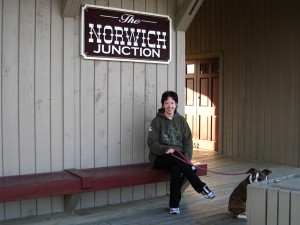 Me and Rocks at the junction

Small fact: The sweatshirt I’m wearing is my all time favorite!  It’s warm and fuzzy and an awesome green color.  It’s huge on me now but that doesn’t stop me from wearing it! 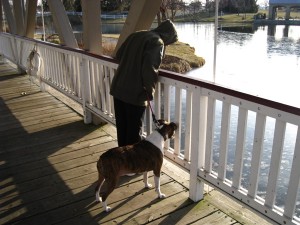 Us looking out over a covered bridge

I have my hood up because it turned so cold and windy!  Ack!  Totally not prepared for the coldness.  Brrr!  But still a pretty day. 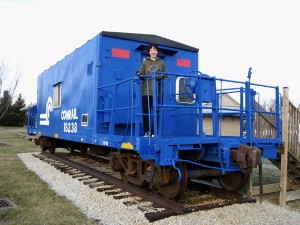 There’s a small train car in the middle of the park. 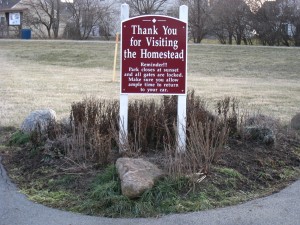 And then we came to the end and decided to head back home because we were so cold!  We walked a mile or more around the park.  When we got home, I changed and looked at the pictures.  Then I realized there was none of Scott and I because he was playing photographer the whole time!  I decided to remedy that. 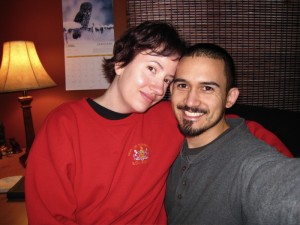 After we played around doing that for a bit both of us were getting hungry.  I didn’t feel like cooking anything huge because my stupid finger hurt. 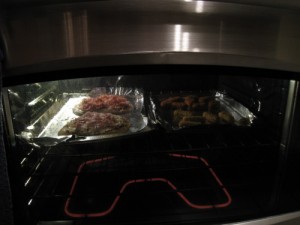 Instead I decided on quick and easy. 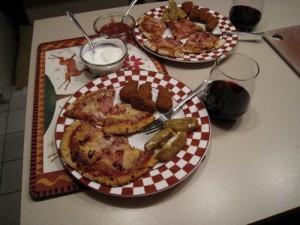 We had pita pizzas on WW pitas, topped with homemade pizza sauce, and cheese.  Mine was topped with a small amount of chipped ham.  And there is mozzarella sticks (Alexia brand, the only ones I’ll eat) and some Morningstar buffalo wings.  Oh how I love these things!  They are spicy and pure perfection.  There is leftover pizza sauce for the moz sticks and some ranch sour cream for the buffalo wings.  I had all of my pita, 1 moz stick, and all of my wings.  Plus a bit of red that Scott opened for dinner.  It was perfect and totally hit the spot.  We chilled watching Twilight Zone while eating.

Now we’re off to have more wine and watch something else.  See you guys tomorrow!