Good morning OHCers!! I am getting this post out lickity split so I can shower and head off to the polls. I was looking for local coverage of the voting situation but didn’t see anything on the news. Weird. 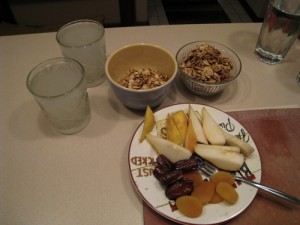 We were back from SF and in our jammies by 10pm last night. I was a little munchy and since I hadn’t eaten any fruit yet, I decided to cut up a pear. Also on the plate are some dates and dried apricots. In the back are the roasted pumpkin seeds and some fizzies! Just lime fizzies with lime seltzer and limeade. I ate all of the pear, 2 apricots and 1 date. Then at 11pm, I decided to head to bed. I knew Tuesday could turn into a lonnnggg day. 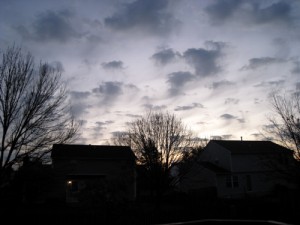 I love the fact that when I get up in the mornings it is light again. Between the two houses is where the sun rises and it’s just starting to peek over. However my lighted runs might change back to running in the dark because I think I need to start my day earlier. I just feel way too rushed in the mornings now and like I don’t have enough time to sit down and really enjoy my breakfast. I’m a bit bummed because I don’t really like running in the dark. At least it doesn’t matter what you wear since no one is going to see it! :p I could put on the craziest outfit and it would be okay. 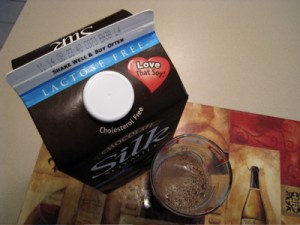 My run today was glorious! My legs didn’t bother me even though I worked them yesterday at PT. I did my full 2.0 miles and it was awesome. I was also one minute under my normal time! Woot! It’s not a lot but I’ll take it. :p I slammed my CS this morning because it was a little warm out during my run. My ears got cold but otherwise I was working up a good sweat.

I grabbed Rocky and we were back out the door. It was so nice out this morning. The sky is clear, the sun is shining, and it was only slightly chilly. Really it was perfect fall weather. I loved being back out for the walk, it gave me extra time to appreciate the day. 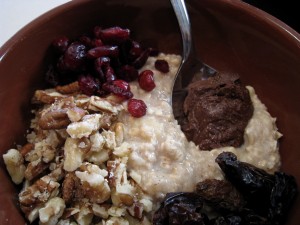 I came back in and fired up the Wii. I unlocked the final yoga pose today, standing shoulder pose. :o Your legs are in the air and you are balancing on your shoulders. It looks harder than it is and I was able to do it no problem. However since my elbows were providing support, I tweaked one a bit. Well, re-activated an existing tweak is more accurate. Last week in MT, we did kicking drills, your partner had to kick to your head while you blocked. Scott got me good in the elbow (because I blocked it perfectly!) and at the time it wasn’t a big deal. Later that night though it started hurting. It gets better but then I’ll do something dumb and re-activate it. Last night during a fall at SF, I landed on it and started it up again. And this yoga pose didn’t help much.

I got Scott up early and then I made breakfast. Since I didn’t get a good bowl of oats yesterday, I had to have some today! My oats were also awesome, theme of the day!

And my mix-ins were: 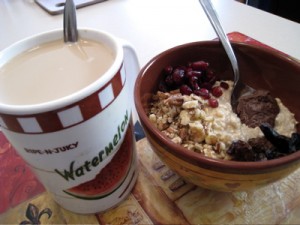 I had that along with coffee + creamer. I also took two ibuprofen because of my elbow and also I sort of feel a small headache brewing. Boo. I wanted to nip that in the bud because later is MT class and election coverage. My full attention needs to be on those!

And now I’m off to shower and vote!