Warning: Parameter 2 to WPE\Site_Preview::the_posts() expected to be a reference, value given in /home/customer/www/foodembrace.com/public_html/wp-includes/class-wp-hook.php on line 303
 September 25th, 2008: Lunch | Food Embrace

Hi guys! I’ve been busting my hump over here but I don’t know if I’ll finish everything on my to-do list. Boo! I need to get moving even faster I guess.

My oats didn’t hold me over very long today. I have that problem with oats and I don’t know why. They just don’t take me all the way to lunch. Either I need to eat more or maybe I need to up the protein in my breakfast? 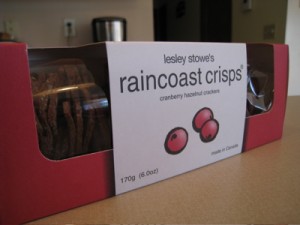 I needed a snack and this crisps were calling to me. Have you ever had them? They are awesome! I bought them at WF a while back. I like them plain, with jam, and even with goat cheese. Mmmm! 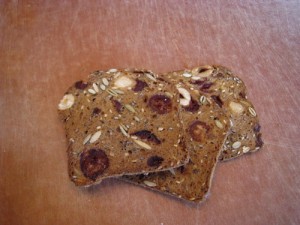 Here’s a closer pic. I love foods where you can see the ingredients and these crackers are shaped like wee pieces of bread which makes them uber cute. 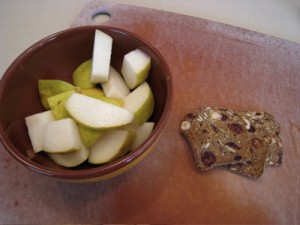 My complete snack, a cut up pear and three of the crisps. Mmm! This held me over long enough to get the house clean. After that I was starving for some lunch. Remember that turkey and salsa wrap I had earlier this week? Well I have been dreaming about that wrap ever since! I tried to duplicate it as best I could since I didn’t have any roasted turkey breast, I used some deli turkey instead. 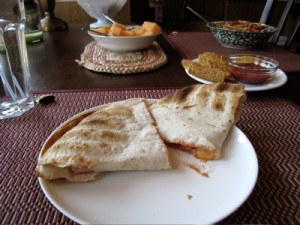 I took a tortilla and put two slices of deli turkey on it and topped that with a slice of colby-jack cheese. I put it in the toaster oven to warm up and melt the cheese, and then I was going to make a wrap. However I got busy taking pics of something else and it toasted a little too long. :p So instead it became a quesadilla! Before I flipped it over, I topped it with some salsa. I cannot get enough salsa lately so I had a little plate of it and some tortilla chips. That’s a bowl of cantaloupe in the middle. I ate all of my quesadilla, three tortilla chips + salsa, and half the bowl of cantaloupe. This filled me up perfectly!

I will need to bump up the veggie intake for dinner, I’ve had a bunch of fruit today. A banana and nectarine at breakfast, pear for snack, and cantaloupe at lunch. Whew!

Okay guys, I have more stuff to try and get done. See you later!